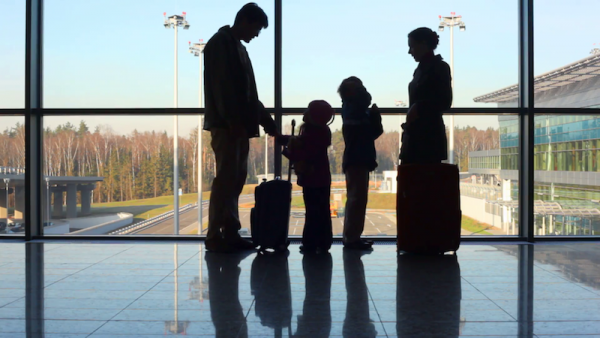 For John Howlett being on time is key. At work he would be the first one in the room for a meeting. He feels that if you are 15 minutes early to a meeting that you are on time. If you show up on time you are late.

Not only did John’s co-workers feel his pain, but his family had to deal with his love for punctuality.

“He always wants to be at a restaurant a half hour before our reservation time.” Julie, John’s daughter told us here at Life of Dad.

Time Is Of The Essence…

Earlier this year Howlett and his family went to California for a family vacation. Since they lived in Massachusetts they were taking a flight to the west coast. John wanted to leave for the airport at 8 in the morning. He wanted to make sure that he and his family would have enough time to get checked in and get all of their luggage where it needed to go. He’d also suggested that they take a private charter from Jettly.com, to which, the family dismissed.

John’s family wasn’t on board with leaving at that time. The reason? Well their their flight was departing at four in the afternoon.

“We needed to get ahead of the weekend traffic to the airport.” John told us. “I wanted to make sure that we got there in enough time and didn’t miss our flight.”

Some might think that him wanting to leave early was due to the fact that he was excited for his family’s vacation.

John’s wife knows better. “Sure he was looking forward to the vacation, but that was not the thing that was driving him to leave so early for the airport. He has a fear of being late.” Janice Howlett said.

The family “comprised” with him and they left at 10 am. Everything was fine until they got to the airport.

A few people behind John and his family were allowed to cut the line because their flight was about to leave.

For John this was an issue he wasn’t going to take lightly. After he got wind of what happened he wanted to speak with someone at the airport. He wanted to know why other people had to suffer because a few people mismanaged their time and were late.

He spoke loudly so everyone at the gate check line could hear his complaint.

Janice and his kids were embarrassed. The TSA officials asked him to calm down. He eventually did, but he wasn’t done fighting the good fight.

Once John and his family got home from vacation he crafted a very stern letter as well as started a petition for all airports have people arrive eight hours before their flight’s departure. 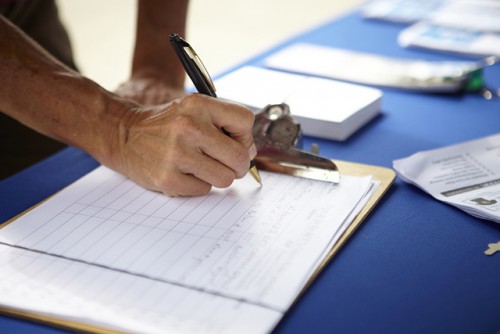 He sent the letter to all of the airports in the United States. Only one airport got back to him.

A small airport in New Hampshire understood where he was coming from, but they told him that no one would abide by that law.

“I was disappointed that only one airport got back to me. I am also shocked that the TSA wouldn’t like my idea of making sure that there is less chaos at the airports.” John said. “I haven’t given up this fight! I am going to send a letter every year until half the airports sign my petition.”

We all can admire John’s gumption, but we think this is a battle that he won’t win.

For more articles like this check out how a few neighborhood dad’s join a local gym when a male model moves into the neighborhood.