A Night of Family Fun at Universal Studios 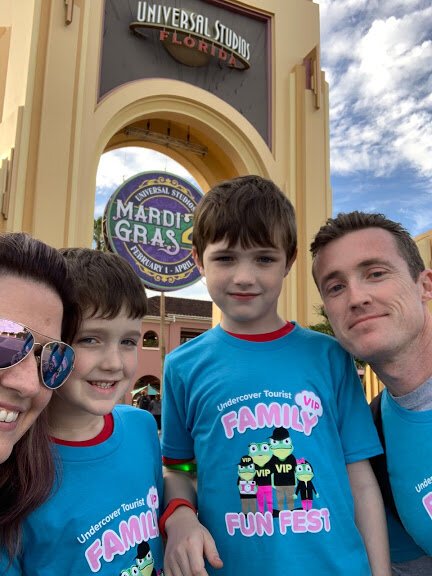 A Night of Family Fun at Universal Studios

Disclosure: I received complimentary tickets to Universal Family Fun Fest from Undercover Tourist via Life of Dad. Opinions are my own.

I haven’t really written about this too much, but my boys (ages 5 and 8) and I recently finished reading the Harry Potter series. I read to them most nights while we were waiting for their sister to go to sleep and it took us about ten months to complete all seven books.

My five-year-old’s attention wandered a bit at times toward the later part of the series, but both of them were very into it. I was actually surprised because I didn’t know how it would go over. The books weren’t around when I was their age, so I only knew them as an adult.

Overall, that reading time was one of my very favorite parenting activities to date. To see them swept up in a story so completely was nothing short of, well, magical. Most parenting things don’t really go as you imagine in your head—bike rides, for example—but this one actually did.

So, when I was approached by Life of Dad with the opportunity to represent them at the special Undercover Tourist Family Fun Fest event at Universal Studios, I snatched it up faster than Harry grabbing the snitch.

The special event allowed all-inclusive access to both Universal Studios and Islands of Adventure on a Friday evening. We were able to enter at five and then when the parks closed at eight, only Fun Fest ticket holders could stay until after midnight. Food and drink were included so you could just grab whatever at the kiosks and restaurants that were open.

We started out by swinging through parts of Universal Studios during the early admission time. We grabbed a quick bite to eat at Krusty Burger in the Simpsons area. It’s a bit odd to have all the restaurants from The Simpsons because in the show they are known for having terrible food and even worse service. But I can say with certainty that the service at Universal Studios Krusty Burger was definitely better than on the show. 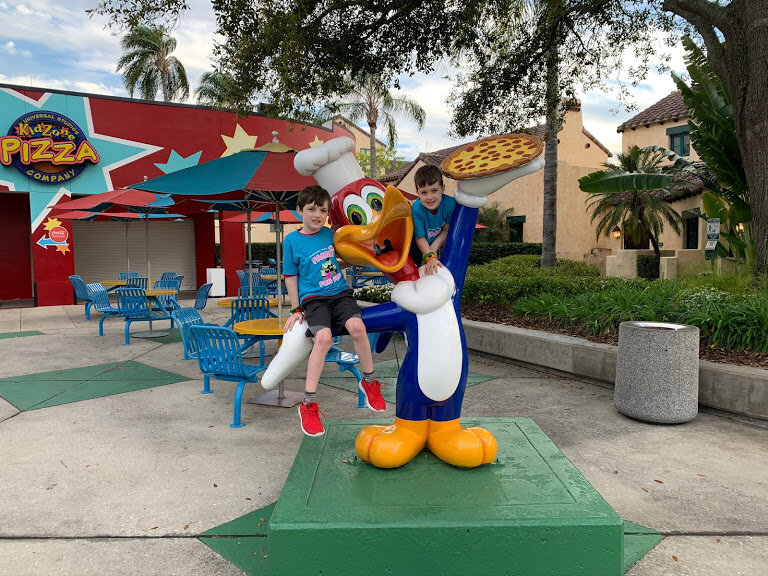 THIS ISN’T THE RIDE, TO BE CLEAR

Next, we rode the Woody Woodpecker ride. It was a small and very short roller coaster and it turned out to be perfect for the kids. My oldest isn’t a roller coaster fan, but even he loved this one. He immediately proclaimed it his favorite ride.

We then made our way to the main event: the Harry Potter attractions. And even this theme park skeptic has to admit that this part of Universal is spectacular. 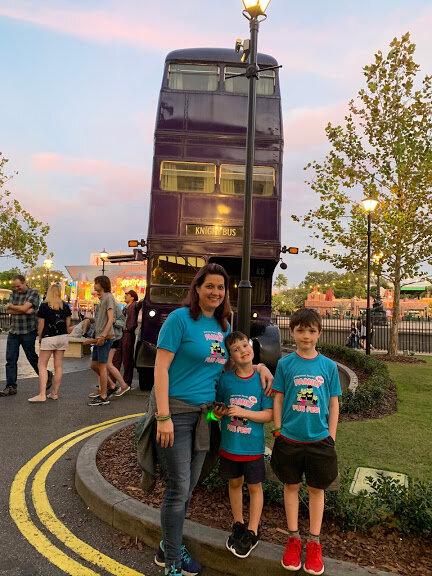 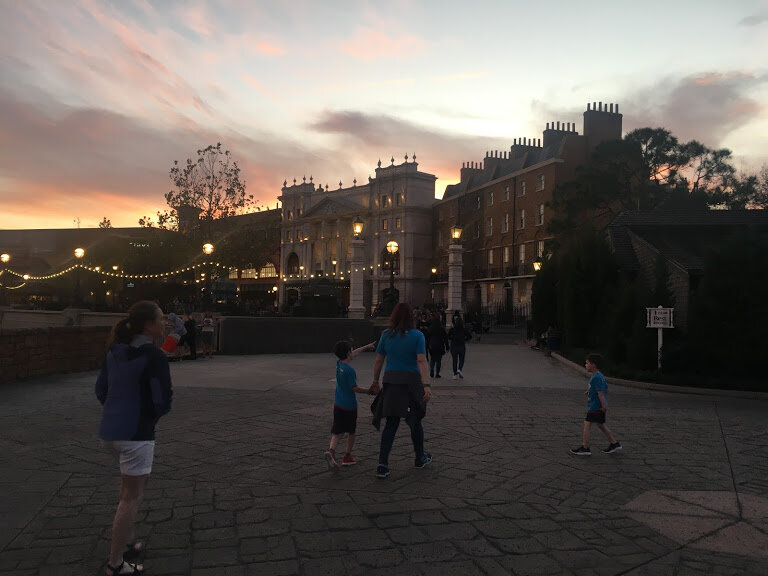 You walk across a small bridge and it feels like you’re walking into London. There’s a set of row houses depicting the magical Grimmauld Place where the Order of the Phoenix is headquartered. There’s a Knight Bus with a real-life Stan Shunpike. And when you walk around a non-descript wall to enter Diagon Alley, it’s an incredible transition. The whole area is dark, gloomy, and labyrinthine, but in the best possible way. And with every step along the street, we saw something new, yet completely familiar.

The boys enjoyed searching for each character’s wand in the wand shop and trying a frozen butterbeer. My younger son and my wife enjoyed the Escape from Gringotts ride. My older son took a pass on that one. 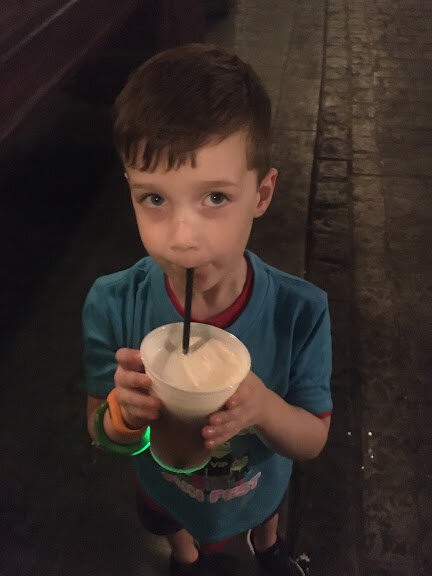 We then went to ride two other Harry Potter rides, and this is where things got a bit dicey for me. My oldest didn’t want to go on the Hippogriff roller coaster, so we again waited for my younger son and wife to do their thing. While we waited, I asked my 8-year-old if he wanted to try the Forbidden Journey ride, which the attendant said was a simulation ride and not a roller coaster. He agreed and in we went.

My son loved it. I did not.

When I unclenched my eyes at the end and we stumbled back out into the darkness, he immediately proclaimed it his favorite ride. Meanwhile, I was just trying to stay upright and not lose any of the contents of my stomach.

He wanted to go again, so my wife took him, and I took my younger son on the Hippogriff roller coaster, since he wasn’t tall enough for the simulation ride. That was somewhat less traumatic for me, but I still needed a popcorn and Coke after to settle things down. Luckily, it was included! 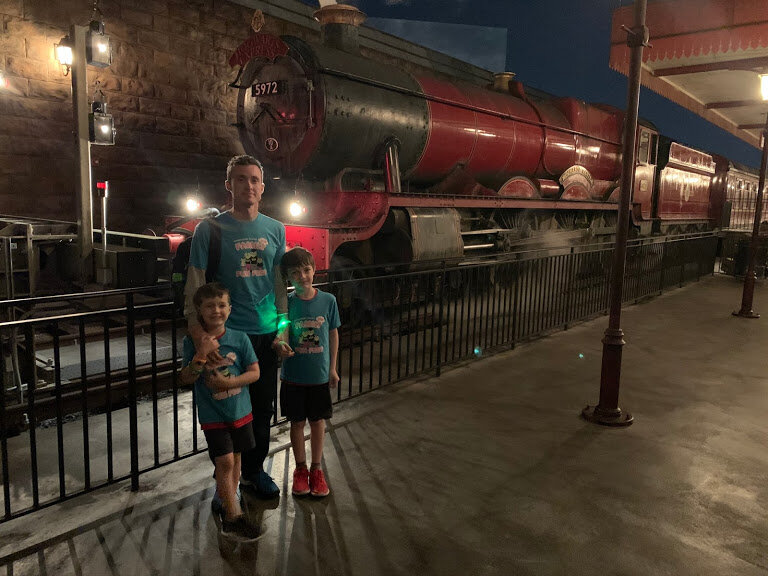 I’m not sure about the order of events from here on out (or at any point for that matter), but I know we rode the Hogwarts Express across to Islands of Adventure. This was also fantastic both because of our relationship with the books and movies and our familiarity with England. There is a replica of King’s Cross Train Station, which is excellent. Complete with British advertisements on the walls and an authentic looking snack bar near the train platform that is stocked with British items like Strongbow cider (we didn’t get any…boo!). It made us feel right at home. And that first look at the Hogwarts Express, puffing white steam up into the dark and eerie train station, was pitch perfect.

The rest of the night we ate lots of free snacks and rode tons of rides, almost all of them with a wait time of five minutes or less. Most of the time you could just walk right on! Surprisingly, we made it all the way to closing time at 12:30 a.m. I had to carry the 5-year-old some toward the end, but both the boys racked up over 20,000 steps on their watches.

We made it home very tired and full of carbs a little after one in the morning. Unsurprisingly, the boys both fell asleep in the car. Between the outrageously late night, the time change the next night, and my oldest son getting sick on Sunday, the rest of the weekend was pretty shot, but it was still very much worth it.

I guess it’s kind of fitting that relationships I made through writing helped us put a perfect book end on our first big reading journey. And while this small crowd event has forever ruined non-VIP theme park attendance for me, I have no complaints. This is definitely going to be a night I remember. I might even toss this memory into the Pensieve one day and reminisce.

Many thanks to Life of Dad, Universal Studios Orlando, and Undercover Tourist.

Editor’s Note: We want to thank Andrew Knott for sharing his experience of the Universal VIP event that was set up by Undercover Tourist. Make sure you check out his work over at his website HERE.