When You Have Kids, You Give Up the Right to Kill Yourself – Dadlands

If you have kids, you forfeit the right to kill yourself.

If you think I’m being too harsh – well that’s the point. And believe me, I can hear your criticisms flying in before you’ve even smashed them angrily into your keyboards.

“But Jamie, you don’t understand. Depression is a disease. You haven’t had to deal with this type of mental illness, or drug addition, or financial instability, or anxiety…”

You’re right, I haven’t. And I have deep empathy for those battling with inner demons. But that’s the deal with problems – no two people ever have the exact same experience. Other people might be going through similar issues but your specific set is yours and yours alone. Writ large in the dark of the night when you lie alone in bed trying desperately to fall asleep.

I get it. And if you think anyone is going through this journey problem-free, then “naïveté” should be on your own problem list.

But here’s the thing about this recent rash of celebrity suicides – in each case, there are children involved. And while I know I can’t comprehend the depths of someone else’s depression, I also know there’s a documented phenomena that I believe we’re collectively experiencing called suicide contagion.

This is where someone who is at risk feels empowered or even encouraged by others (especially celebrities), to follow their lead. Sometimes it’s easier to just follow the lemming in front of you off the cliff, then it is to stop, question what’s going on, and get the help you need to change your mind.

Why? Sometimes it’s shame, sometimes guilt – you never know who is struggling with dark thoughts they’re afraid to utter aloud for fear that the rest of society will see their “mask of sanity starting to slip.”

I have felt it myself. But, and this is where I might sound too harsh again, this is also when it’s more important than ever to stop thinking of yourself and focus on your kids.

More than any generation that has come before, we are surrounded by inventions, gadgets, and tools that are supposed to make life easier. Sometimes I feel like we’re all sitting in first class and complaining like we’re back in coach.

I’m not taking away from the seriousness of mental health issues but I also want to tell every parent I know the same thing: it’s time to get your shit together.

Once you have kids, your life is theirs. That’s it. Sorry to be the bearer of bad news but that’s what you sign up for. Your children are your job 24/7. You don’t get to clock out ahead of time.

Like Anthony Bourdain, I became a dad at 50. Maybe not the smartest choice, or maybe it’s pure genius, the jury is still out.

But I can tell you this, far from wanting to check out early, I’m trying my damnedest to live forever. And trust me, I have PLENTY of demons. My close friends will tell you that. I’ve talked about them on stage before, and the fact that I’m a comic should tell you up front that something is askew in my make up.

When I was younger, I was a lunatic. I was the guy who would get drunk in college and hang out the fifth story window by one arm AS A JOKE. Not quite so funny looking back. Maybe it’s why I’m so tolerant these days, because to be honest, I’ve done pretty much everything that can kill you.

The day I had kids, that all changed forever.

Now, I do a joke where I ask: how long do I have to live to not screw up my kids? It’s an honest question. I’m 50 years older than my youngest. And I obviously can’t promise I’ll be around to see her become an adult, but I would never do anything to hasten my demise.

In fact, right after her birth, I went to the premiere of “The Interview” – that movie with James Franco where they try to assassinate Kim Jong Un. 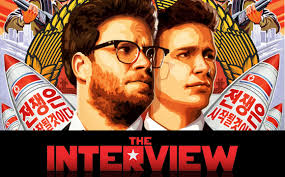 I was sitting in the theatre when my friend started telling me the North Koreans had made a terrorist threat against the movie. He assured me it would never happen, but that there had been talk of a bombing.

My response was immediate: “We’ve got to get our of here!”

He assured me it was a vacant threat. One in a million.

“I don’t care if it’s one in a jillion, I’ve got to get out of this theatre, NOW. I have a new baby and I can’t have that kid go to high school one day and have to tell other kids that her Dad blew up at a Seth Rogen film!”

Was that paranoid? Maybe. But I helped bring them into this world. Sure, my wife did almost all of the work. But I chipped in. And now, they are my responsibility. And to fully accept my responsibility, I NEED TO BE HERE.

Which brings me to my biggest point…

Stop judging your existence by others.

If you haven’t figured it out yet, everyone else is full of shit. If everyone’s life was exactly like their social media accounts, we’d all be superstars. We’re not. Want to know which one of your friends is getting divorced next? It’s the ones who say they don’t fight. Raising kids is really hard. No one knows what they’re doing. We’re all hanging on by a thread. But as long as you get up everyday, and do the best you can, then you’re being a good parent. And the most important part of that is BEING THERE. 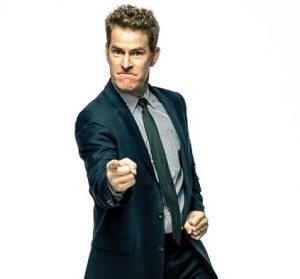 So, whatever you need to do to get your shit together, DO IT! There’s no shame in asking for help (in fact, it’s brave) – and help is out there. Rub some dirt on it. Walk it off. Get back on the horse. Take a trip to a children’s hospital. Stop by a homeless shelter. Google “Medal of Honor” Recipients. Do whatever you need to pull your head out of your ass because you’re a parent and your life is not yours anymore. It belongs to your kids and they need you.

If you or someone you know is considering suicide, please contact the National Suicide Prevention Lifeline at 1-800-273-TALK (8255), text “help” to the Crisis Text Line at 741-741 or go to suicidepreventionlifeline.org.