Breaking Down Everything That Went Right And Wrong In Parenthood Gifs

This gif has so much action happening in it and every part is pure magic. It’s like a Bourne movie of parenting gifs. There’s the main action that catches everyone’s eye, but so much is also happening in the periphery. Stuff you miss on the first viewing, but pick up on the second, eight and twenty third. Let’s begin with what’s happening on the outskirts and work our way inward. 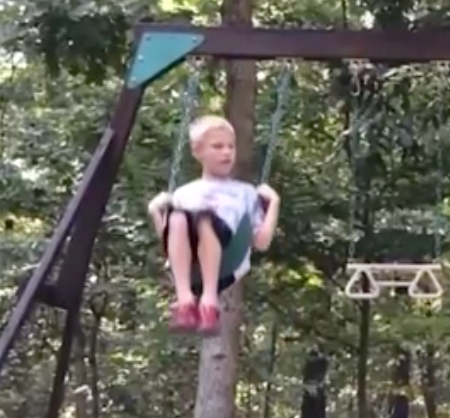 On the left we have the oldest of the crew. He’s poised, confident and clearly knows how to manage all of the contraptions in the playscape. He’s clearly the leader of the pack and shoes concern for the youngsters just learning the ins and outs of playground usage. His initial look of worry comes from the collision happening to his far right. But the flip next to him draws his attention and prompts him to abandon his fun to make sure all is ok. 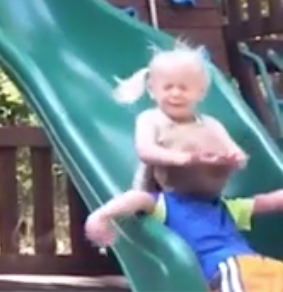 On the far right, we have the classic rookie mistake made by two newcomers. Zero communication on a descend and ascend of the slide leads to a collision that somehow both kids bafflingly seem surprised at. 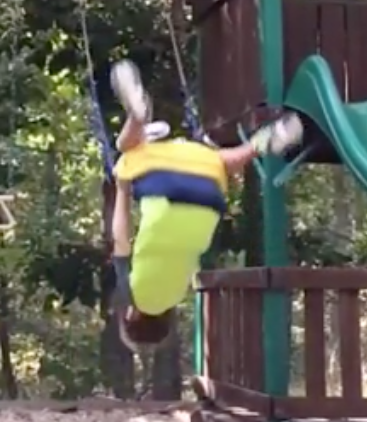 And now finally, for the main event. He was doing well. He’s no rookie to the playground. His swing zenith us up there with the highest of highs and yet, it all goes wrong for him. Overconfidence combined skewed timing and slippery basketball shorts prove to be his demise. You can see the look of regret on his face as the realization set is. The giant leap he was about to take is no longer an option. The world is topsy turvey…… time has slowed….. he wonders if he can salvage this….. too late. As his ankle hooks the chain, he seals his fate and tastes the dried, bitter flakes of wood chips and failure. 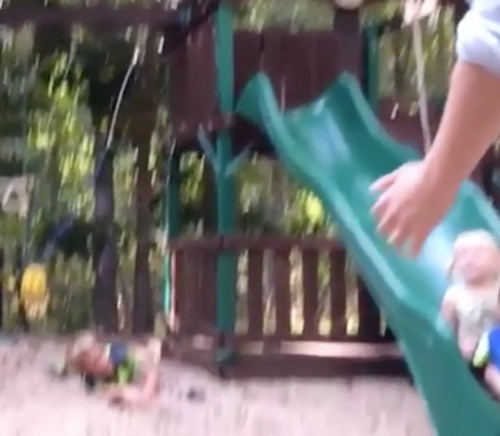 Finally we note mom at the far right, springing into action immediately as gravity claims its victim. Meanwhile dad heroically steadies the cam to capture the moments up to the final second, before moving to assist. Well done sir.