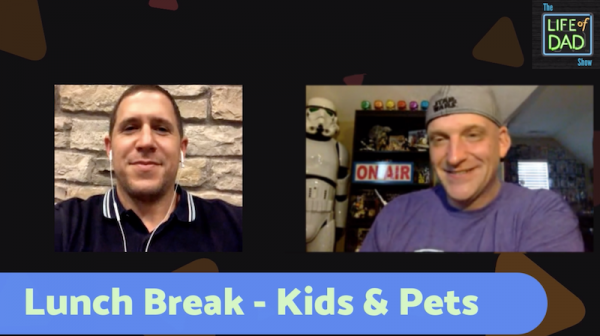 Family Pets: Did you have a favorite pet when you were a kid? Do your kids have one now?

The Lunch Break hosts, Art Eddy and Jon Finkel talk about pets when they were kids and now what pets mean to them as adults.

Brandon Kitchens · We had two English Setters growing up. BEAUTIFUL dogs. Hunter thought he was a cat always laying on top of the couch and Sadie was rambunctious and always a klutz running into everything.

Shawn Kingbird ·  Dog person but wife and kids overruled me and now we have a Cat. His name is Milo Jenkins. Barn Cat. No collar. Outside cat to the fullest best pet ever.

Ran Kilpatrick ·  We had a dog named Rosie and would always get out of the yard for a day or two. Come back and she would be pregnant! She had like 4 liters of puppies the whole time we had here!