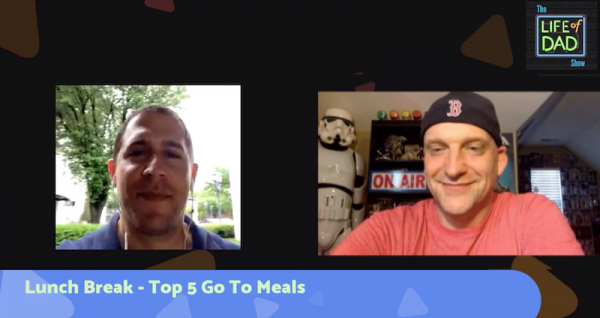 What are your Top 5 Go To Meals that you cook for your kids?

The Lunch Break hosts, Art Eddy and Jon Finkel share their favorite meals that they prepare for their families as their viewers share their Top 5 and shares some cool recipes.

What some viewers said:

Bill Williams · Once a week I do a “BAR FOOD” night with chicken strips, mozzarella sticks, BBQ wings, carrot sticks, celery, and of course ranch dip.