Lunch Break – What Super Power Is The Best For A Parent? 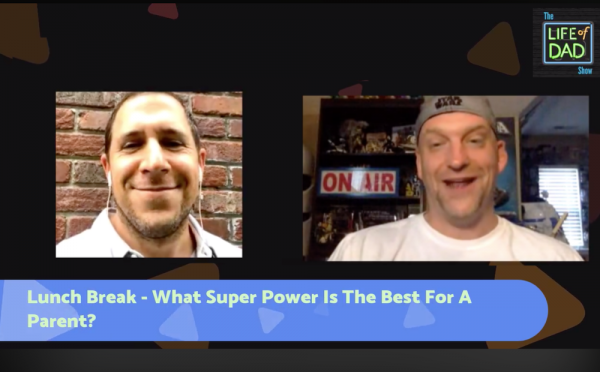 What super power do you think would be most useful for a parent?

The Lunch Break hosts, Art Eddy and Jon Finkel share which super powers they would love to have as the Lunch Break viewers shared their’s as well.

Here is what viewers had to say:

Miguel Carrillo ·  Mind reading /mind control. Read their thoughts and let them freely run with it if wrong choice is made. Intervene and correct the damage.

Arthur Billings ·  I fix things and build things also have a green thumb.

Scott Renwick · Super speed, like the flash, or superman so I could keep up with mine. Haha.