Derrick Brooks is this week’s guest on The Life of Dad Show.

In this week’s Life of Dad Show Derrick Brooks to Art Eddy about the emotions he felt as his son, DeCalon introduced him in the Pro Football Hall of Fame. Brooks also talks with Art about what values he and his wife are teaching their children. Derrick shares his thoughts about winning a Super Bowl, playing in the NFL and new venture he is doing with Drew Brees, Tony Parker and Michael Finley with Argent Pictures. 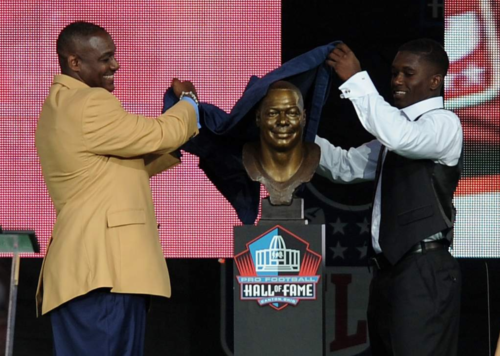 Derrick and his son DeCalon sharing a Life of Dad moment.

Derrick Brooks was drafted by the Tampa Bay Buccaneers in the first round of the 1995 NFL Draft, where he remained to play his entire fourteen season professional career. He is widely considered one of the best linebackers in NFL history. An eleven-time Pro Bowl selection and nine-time All-Pro, Brooks was named AP NFL Defensive Player of the Year in 2002, and earned a Super Bowl ring with the Buccaneers in Super Bowl XXXVII . 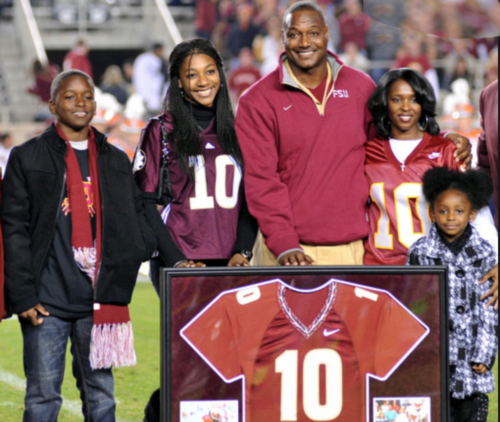 In February 2014, Derrick received one of the highest honors of his life by being named to the Pro Football Hall of Fame and was inducted in Canton, Ohio. In August of 2014 he was inducted into the Capitol One Academic All America Hall of Fame. In September of 2014, Derrick was enshrined into the Ring of Honor by the Tampa Bay Buccaneers, where they retired his jersey  and the number 55 will never be worn by another Buccaneer player.  Derrick Brooks added another honor to his already sparkling resume  when he was named to the College Football Hall of Fame class of 2016. Derrick is currently serving as an appeals officer for the National Football League, as well as president of the Tampa Bay Storm.

Derrick and his wife, Carol have four children: DeCalon, Dania, Brianna, and Darius. 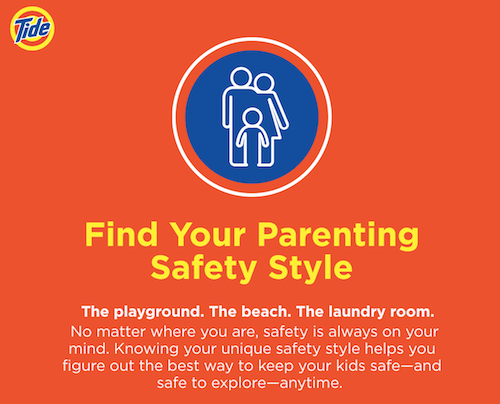 Tide is this week’s Life of Dad Show sponsor.

Make sure you check out the Life of Dad After Show this week as I talk with renowned child psychologist Dr. Shefali on child safety. Tide has continued to lead the way in laundry safety and encourage conscious childproofing around the home. In addition to the Child-Guard Zip Bag, they launched the Child-Guard Tub last year. Remember to always keep your liquid laundry pacs up high, and out of reach.  To find out your own safety style, take the quick quiz at go to tide.com/parenting-safety-quiz.

About The Life of Dad Show….