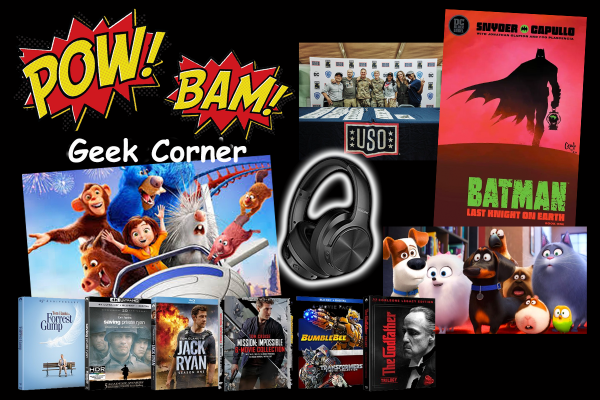 What up fellow geeks! How is your week going? This month we are going to be celebrating dads everywhere on Father’s Day. What is your favorite thing to do with the family on that day? Well since this is Geek Corner we are going to hook you guys up with some cool prizes that you and your family will enjoy! From movies to theater passes to comic books we got you covered. We will giving out prizes here on this post or on the Geek Show or Lunch Break Show on our Facebook page!

The Wonder Of It All

Thanks to Paramount Pictures we have a Wonder Park prize pack that you can win. All you have to do is tweet at me at @ArtEddy3 what your favorite Wonder Park character is and you will win a copy of the movie and toys from the film! Buckle up for an epic adventure where anything is possible! A young girl named June with a big imagination makes an incredible discovery – the amusement park of her dreams has come to life. Filled with the world’s wildest rides operated by fun-loving animals, the excitement never ends. But when trouble hits, June and her misfit team of furry friends begin an unforgettable journey to save the park. Action-packed and brimming with laughs, Wonder Park is a ride the whole family will love.

Check out this exclusive video from Wonder Park. 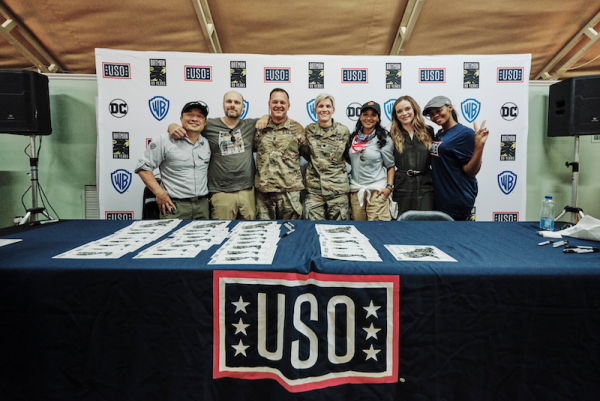 The first three volumes of the #1 New York Times best-selling creative team’s juggernaut run on the Dark Knight is now available in the Batman by Scott Snyder and Greg Capullo. Their first three critically acclaimed, award-winning graphic novels–BATMAN VOL. 1: THE COURT OF OWLS, BATMAN VOL. 2: CITY OF OWLS and BATMAN VOL. 3: DEATH OF THE FAMILY–are featured here in a slipcase edition box set. This new collection is the perfect addition for any hardcore fan, as well as a great jumping-on point to one of the greatest comic book runs of all time.

Set three has Snyder Capullo share shattering stories that bring Batman and The Joker together for their final, catastrophic showdown, followed by a shocking aftermath in which Gotham City and its heroes may never be the same! This collector’s box set includes: Batman Vol. 7: Endgame, Batman Vol. 8: Superheavy, Batman Vol. 9: Bloom and Batman Vol. 10: Epilogue.

You will be able to win this set on the Geek Show on our Facebook page that Patrick Quinn and I host every Wednesday at 9 pm EST. We hope to see you there. 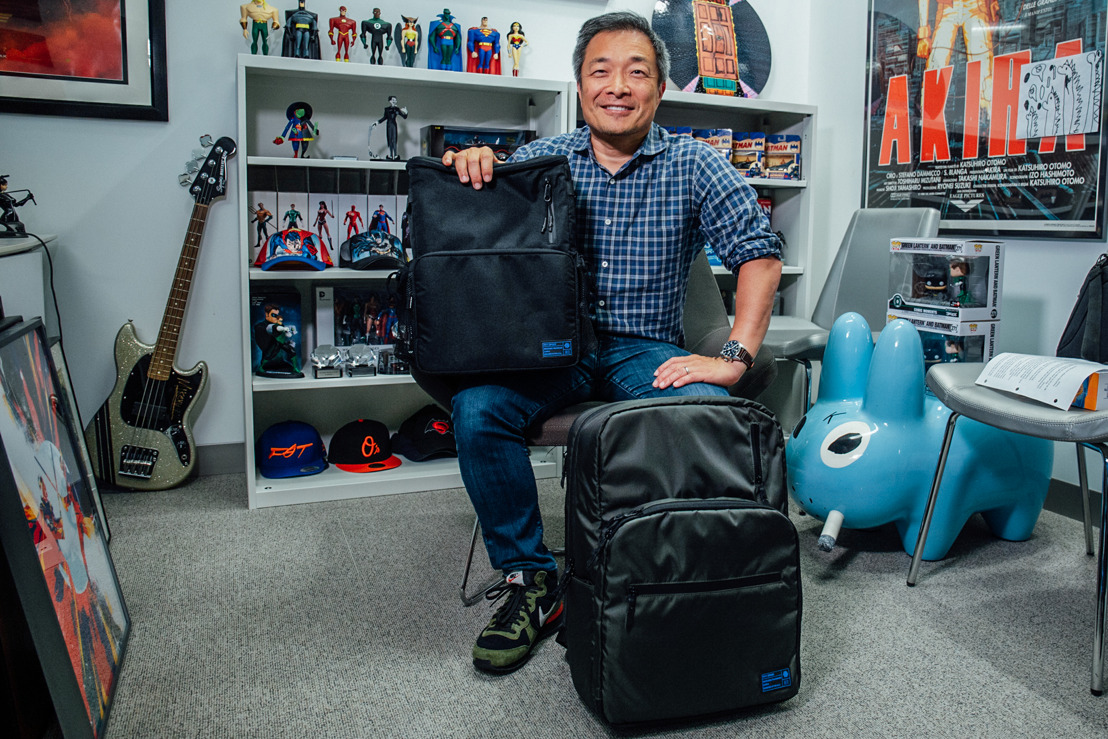 While this backpack is focused on functionality, it also carries the unmistakable design signature of Jim Lee. There is a Jim Lee luggage tag and the lining features a subtle nod to Jim Lee’s Batman with an electric blue original Batman sketch.

Jim Lee explained that, “the aim was to provide a subtle call out to the origins of the bag without it becoming a Batman bag.”

The HEX x Jim Lee Collectors Backpack has been created for comic book collectors as a way to safely transport comics. Comic convention goers routinely carry hundreds if not thousands of dollars of comics around in flimsy bags. This backpack provides secure and safe storage for comic book enthusiasts.

Inside the top of the backpack is a file folder with individual sleeves so that multiple bagged and boarded or slab comics can be held securely. Additionally, there’s a fleece lined laptop section. It’s even possible to lock the top of the files for extra security. There is an easy access pocket that is the exact size of the Overstreet Price Guide. Plus, there’s an expandable mesh pocket on each side to carry poster tubes.

What Pets Do When We Are Away

Have you noticed that Fandango has been offering exclusive advance screenings for certain movies this year? It is a really cool thing. I have been checking out some of movie early screening which is great for me and my family because we love movies. The Secret Life of Pets 2 is one of the most highly anticipated family films of the summer and opening wider on June 7. If you were on the Fandango movie list you would have gotten an email to gain early access. So make sure you follow them for all movie announcements. Thanks to Fandango I am giving away a few $25 gift cards. To enter to win a $25 gift card tweet at me at @ArtEddy3 the answer to this question: which Star Wars actor is in The Secret Life of Pets 2?

Movies For All Dads

Paramount Pictures is hooking us up with some of the most memorable movies of all time which are perfect movies for Father’s Day. Make sure you watch the Lunch Break Show tonight at 9 pm EST as Jon Finkel and I are having a special Lunch Break show on our Facebook page. We are celebrating all things about fatherhood. Join us tonight and you will have a chance to win the following movies.

The perfect gift for Father’s Day is the Mixcder E9 Active Noise Canceling Bluetooth over the ear Hi-Fi stereo headphones with deep  bass and built-in microphone are available for review. The Mixcder E9 delivers premium noise canceling headphones at an affordable price – at only $69.99. The headphones use Active Noise Canceling (ANC) Technology that continuously detects outside noises, analyzing sound waves and blocking out ambient sound for a totally immersive experience with beautiful music and sound for dads or grads to study at a coffee shop, work in an open-space office, listen to music at the gym, or block out people talking, and engine noise on a plane or train. The Mixcder E9 is essential noise cancelling headphones, a daily escape from the noisy world to a quiet personal space — perfect for fathers and grads to enjoy.

I have been enjoying the Mixcder E9 at the gym. It is cordless and forms to my head that I don’t feel like these headphones will fall off. I have been looking for a good pair of headphones that I can take to the gym as well as use when I am recording my podcasts. The Mixcder is priced right and delivers in sound, quality and fit!

Please note I was giving these items for giveaways, but my thoughts are my own.