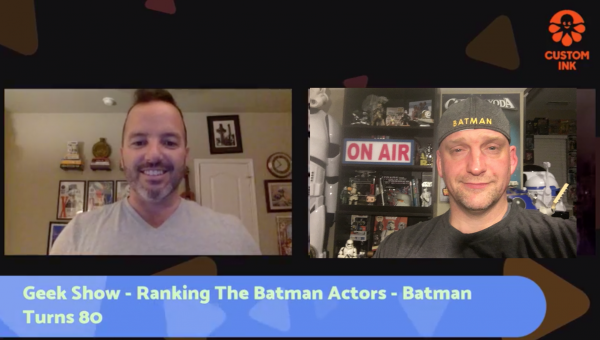 Which is your favorite Batman from TV and Film?

The Geek Show hosts, Art Eddy and Patrick Quinn talk rank the different actors who donned the Cape and Cowl. We can’t wait to see how you rank each actor!

Here is what some of our audience members said:

Scott Glasgow · Adam West….. I watched the original show as a kid.  Haven’t really seen the movies except the one with Keaton. He was great.

This Geek Show is being brought to you by Custom Ink. We are teaming up with Custom Ink for the Design With Dad contest. Enter to win a prize from Custom Ink HERE! 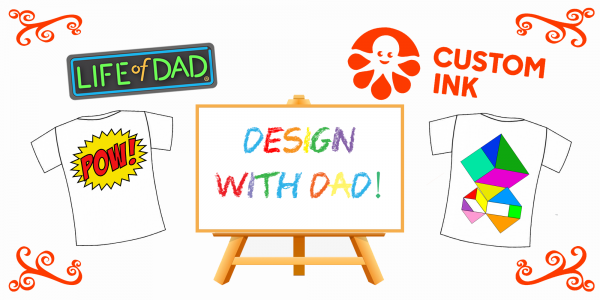 Calling Out For All Creative Dads!

If you are a Batman fan make sure you check out Detective Comics #1000. As fans across the globe prepare to celebrate Batman’s 80th birthday Saturday March 30, the comic book series that first launched the crime fighting adventures of the world’s most popular Super Hero reaches a milestone today with the release of DC’s DETECTIVE COMICS #1000. With pre-orders surpassing 600,000 copies to date, the 96-page oversize collector’s edition issue features all-star writers and artists paying tribute to an iconic pop culture character, honoring Batman’s first appearance in DETECTIVE COMICS #27 on March 30, 1939.

The monumental 1,000th issue of DETECTIVE COMICS, the title from which the DC brand itself was born, celebrates Batman through a series of seven-to-nine-page standalone short stories. A special highlight of the issue is an original story revealing a never-before-seen iteration of the Arkham Knight, written by New York Times best-selling author Peter J. Tomasi (BATMAN AND ROBIN, DETECTIVE COMICS, BATMAN: ARKHAM KNIGHT) with stunning artwork by Doug Mahnke (BATMAN: THE MAN WHO LAUGHS, BLACKEST NIGHT).