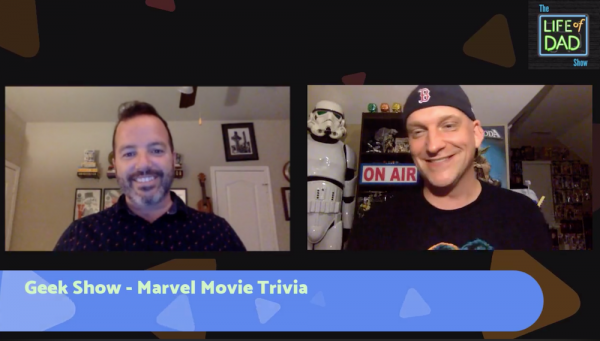 Which Avenger or Avengers don’t make it in Avengers: Endgame?

What are your theories? Join our Geek Show hosts, Art Eddy and Patrick Quinn as they talk all things Marvel and share their ideas of what will happen in Avengers: Endgame. Plus thanks to Hasbro for supplying Avengers items you can win some cool Avengers: Endgame toys by answering some Marvel trivia!


What some of our viewers said:

Michael Kaufman · Odds on Deadpool making a cameo in Endgame? (I’d love to see him on the “missing” screens.)

Clinton Michael Carrougher · Banner is in the official poster not hulk, I believe he can’t turn back at all.
Kelly Clark ·  Maybe Yondu can come back for the heck of it….he was awesome.
Jason Mitchell ·  I suspect Capt Marvel and Capt America dies.
Jimmy Pamflett · Captain marvel is awesome