Lance Moore is this week’s guest on The Life of Dad Show.

Former NFL player and Super Bowl champ, Lance Moore stops by the Life of Dad studio to talk about being a dad and how becoming a father changed his perspective on life. Lance also shares a few of his favorite moments playing in the NFL as well as the great work his doing for the Give2Gain Foundation. 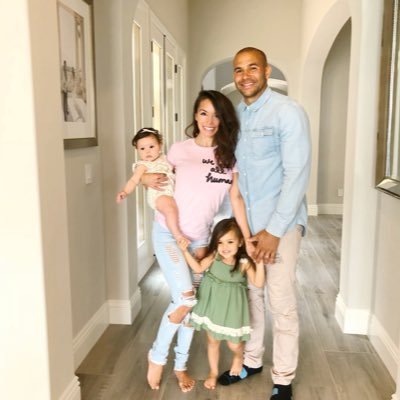 Lance Moore was determined to make a name for himself in the NFL. His path into playing at the professional level might not have been what he saw for himself, but he learned a lot about the game and his toughness and fortitude. Lance strived to become a better player each day. That strong work ethic landed him a spot with the New Orleans Saints where he and his teammates won Super Bowl XLIV.

Since his retirement from the NFL, Lance and his family get to spend more time together. One way that Lance is showing his kids how to pay it forward is by his work at the Give2Gain Foundation. At that foundation they see the value in giving. Their mission is to show that athletes and celebrities have the power to raise significant funds and awareness for incredible causes while touching the lives of fans around the world.

Follow Lance on Twitter at @LanceMoore16 and go to give2gain.com to learn about the great work does at that foundation.