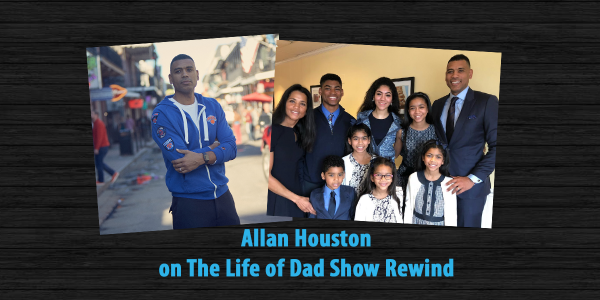 The Life of Dad Show, host Art Eddy shares an interview he did a few years back with Allan Houston. I had the pleasure to talk with Allan about his foundation, his playing days, his time on Team USA during the 2000 Summer Olympics, and fatherhood. 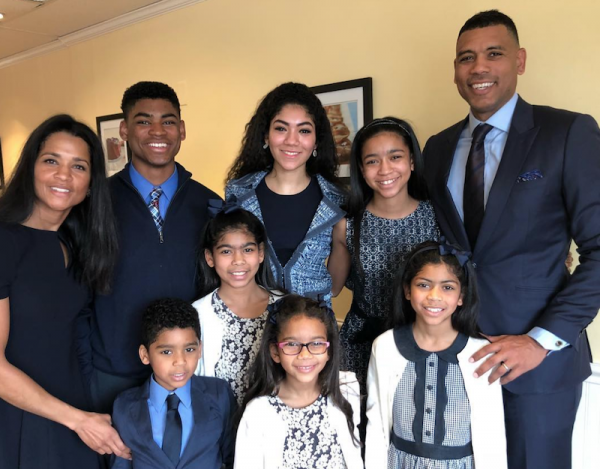 Many people know Allan Houston from his NBA playing days with the New York Knicks and Detroit Pistons. Since he retired Allan is still involved in the game he loves. He is the Assistant General Manager for the New York Knicks. He has been an international ambassador for the NBA, spokesperson for the National Fatherhood Initiative, ESPN analyst, and an author.

Still when you ask Allan what he is most proud of he will tell you that it is being a father. Houston, who has seven children takes fatherhood very seriously.

Allan started the Legacy Foundation, which has served over 1,500 participants across the country through original programs in fatherhood and entrepreneurship to facilitate individual and collective growth through initiatives that restore a strong family unit, provide economic empowerment through entrepreneurship, encourage education and life skill development, and enhance spiritual growth.

The “Father Knows Best” Basketball Retreat & FISLL Curriculum provides a unique combination of basketball and relationship building activities for fathers and children, and mentors and mentees emphasizing leadership, communication, and the importance of spending quality time together.

Allan was named “Father of the Year” by the National Fatherhood Initiative in 2007, “Social Entrepreneur of the Year” by Tulane University in 2008, and received the President’s Council on Service and Civic Engagement Award from the Obama Administration in 2011.