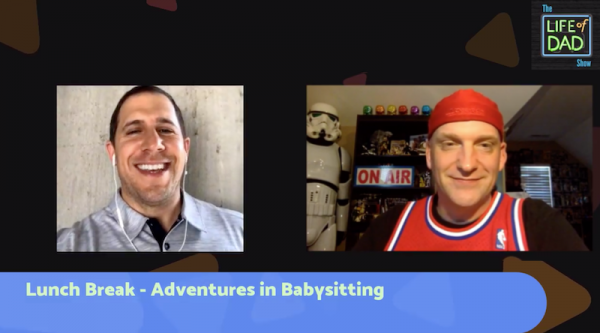 At what age will you let your oldest child babysit your other kids or start babysitting kids in the neighborhood? The Lunch Break hosts, Art Eddy and Jon Finkel share their opinions on this topic.

Ben Phasey ·  When he can cook, change a tyre and weld safely.

Shaylene Hamilton ·  My son is 12 and got his babysitting license but I’m testing him in small spurts with my daughter (7) before I’ll let him babysit other kids. He is doing a fantastic job! Big brother hat comes off and he gets serious.

Sig Mikula · My oldest was about 11/12 when I left her alone with her sisters for an hour or two.
All three of my kids got babysitting cents around 12/13. That’s when they were allowed to sit neighborhood kids.

Michael Rodriguez ·  I started when I was twelve. I could cook and wash clothes and dishes. Knew dial 911. Of course that was in the seventies.