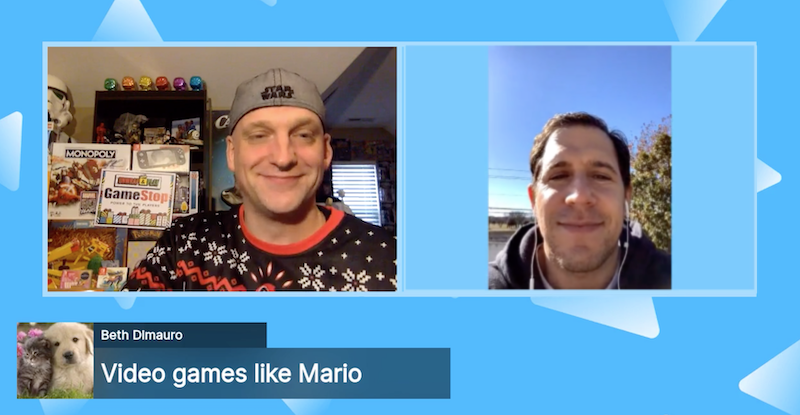 What are your favorite family video games?

Today the Lunch Break hosts, Art Eddy and Jon Finkel want to know your best video games for the whole family. You have a chance to win some cool prizes thanks to GameStop.

Jean-Paul Mosquera ·  Disney Infinity was fun to play with the kids, but Disney and the software company stopped making new ones.
Shawn Kingbird · Kids want to beat me in Madden, I say see me in Blitz ’99. Proceed to punch in codes: Unlimited Speed, Huge Head, On Fire, Invisible, etc.
Patrick Tellez ·  the older games are better.. more classic and more fun.. didn’t have to think.. just had fun.
Suzie Reisen · ARK Survival Evolved. It’s a survival game where you live and roam among dinosaurs and have to find a way to survive, build homes, gather materials and take dinosaurs.
Melissa Walz · I love any Mario games! Currently, my husband and I are practicing Mario Party on the switch so we can beat the kids.😂😂🤣😂