Lunch Break – The Influence Of The Goonies 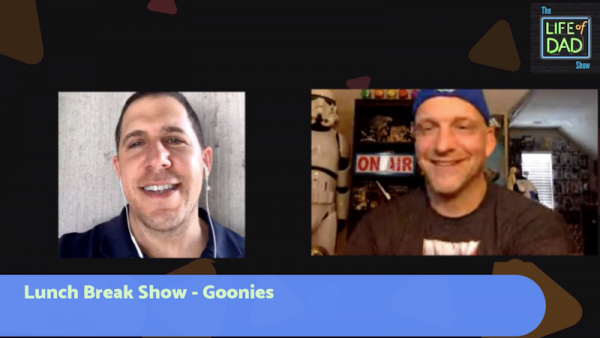 We are talking about the movie, The Goonies and it’s influence it had on us as kids.

Do you love the movie The Goonies? On today’s Lunch Break show hosts, Art Eddy and Jon Finkel talk about the influence from that movie. From making our own adventures with our friends back in the day to showing the movie to our kids it is OUR TIME….to talk about it.

Brock Lusch ·  I am a HUGE Gooneis Fan. That move shaped my childhood with my friends. We were always on adventures. Hunting for rusted treasure in the woods, biking through the woods and just looking for the abandon houses that could be haunted to look through.

Ran Kilpatrick ·  “HEY YOU GUYS!!”
Charles Beamgard · 0:26 The Goonies is my favorite movie of all time.