Part of the Journey is the End – Avengers: Endgame

Wow! How many times have you watched that Avengers: Endgame trailer? I loved soaking up every minute of it again and again. To paraphrase Captain America, “I could watch that all day.”

What Is Going To Happen?

So many questions came up from that trailer. I can’t wait to see how it all unfolds. Plus the Captain Marvel trailer dropped earlier this week! The Marvel Cinematic Universe (MCU) has been taking us on one wild ride. I know more movies will come after Endgame, but this have been an epic journey so far.

On Earth, none of the heroes could stop Thanos as he made his way towards Vision, who still had the Mind Stone inside his head, with the surgery to remove it having been interrupted by the fighting. Vision, having accepted that his sacrifice was necessary, asked Scarlet Witch to destroy the stone, and him with it, and she tearfully did so… only for Thanos to use the Time Stone to bring Vision back just long enough to tear the stone out of his head, brutally killing Vision, but affording the Titan all six Infinity Stones. Thor managed to throw his axe into Thanos’ chest, but it was too late—Thanos told Thor he should have aimed for his head, before snapping his fingers and wiping out half of the life in the universe.

Avengers: Endgame will take place after these events!

Also to celebrate 10 fantastic years of the MCU, Marvel has teamed up with Hasbro for a very cool line of actions figures. For ten years, the Marvel Cinematic Universe has been bringing the mightiest and most beloved characters to life on the big screen. In commemoration of this incredible cinematic collection of the world’s greatest super heroes and super villains, Hasbro has partnered with Marvel Studios to create the Marvel Studios: The First Ten Years line for Marvel Legends, including premium figures from across the MCU’s most patriotic, mystical, Hulk-busting, and dance-worthy blockbuster hits. Collect Marvel Studios: The First Ten Years Marvel Legends figures to build the ultimate MCU collection! 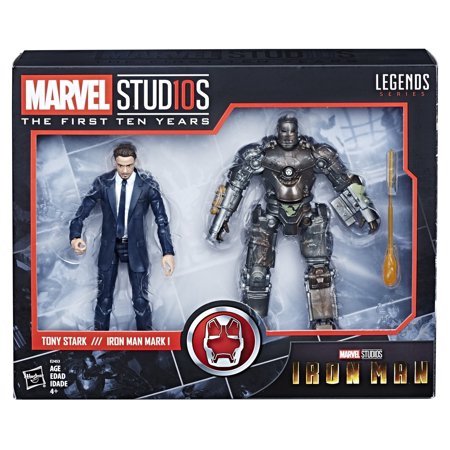