The Biggest Lie My Wife Tells (Herself)

Can somebody please tell my wife she’s a great mom? I do it constantly but it just won’t stick. She’s a loving, hard-working, caring mother who bends over backwards to give her kids a beautiful home. She smothers our kids with love, she reads to them, feeds them a healthy diet, tends to all their needs, and still goes out and works long hours to provide everything they need to thrive. And this is all on top of the fact that she threw up every day, for both 9-month pregnancies.

Our kids will never understand how much my wife sacrificed for them. And yet, every now and then, I hear her say through tears: “I’m the worst mother ever.”

Really? Hm. That feels like just a tad of an exaggeration if not a flat-out lie. Honey, I’m guessing you’re not even in the lower half. As a matter of fact, if I had to guess, I’d say you’re in the 90th percentile. Maybe higher.

I’ve talked to some friends about this phenomena and we’ve agreed that moms in general get a pretty raw deal. Fathers, we get constant affirmation that we’re great dads, mainly because the bar has been set so low. My dad NEVER changed a diaper and he had six kids! By that reasoning, I’m already one million times a better dad (not true, but it feels like that).

When I go to the store and my kids run around like lunatics, people say “what a great dad, spending time with his kids!” When my wife does the same, people wonder why she can’t “control her kids.” That’s quite the double standard.

And therein lies the problem. Where it pertains to regular duties and responsibilities, the lanes are changing. Women are becoming a bigger part of the work force and their “stay at home-ness” needs to become less of the criteria for the Good Housekeeping Seal of Approval for Great Parenting. And instead of beating themselves up for not being more involved with their child’s life, they need to let go of this huge lie they’re telling themselves and give up the reins to the other responsible adults in the household: us dads. 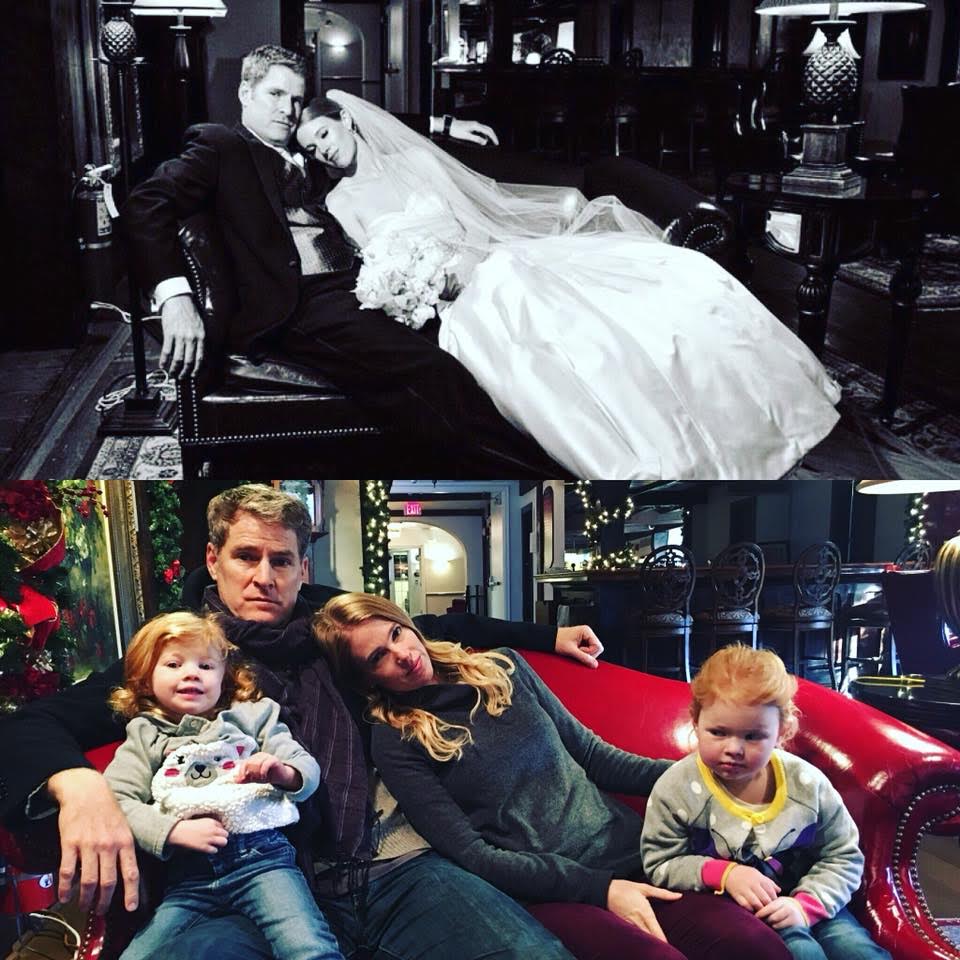 So this is my advice to all dads: hear what your wife is saying and step up to the plate. I didn’t get it right away. I used to think that just because I made the girls “oatmeal with a blueberry smiley face,” I was overachieving as a dad. I was wrong.

Heed my words, dads, we can still do better. We shouldn’t be comparing ourselves against our own fathers, times are changing. We should judge ourselves against the mother of our children. They are still, for some reason, the majority partner in the corporation of parenting and it needs to be a more equitable split.

But here’s the deal: if we do that, then we need something from you mothers. Sit back, cut yourself some slack, and accept the fact that you guys are doing an amazing job.

Stop comparing yourself to the Instagram account of “PerfectMom239.” Ignore the fact that the kids have mismatched socks. Realize that yes, the world is a dangerous place, but for the most part, your kids are going to be okay. And although it’s a remote possibility, that cough at 3 o’clock in the morning is most likely not the bubonic plague.

To my own wife, you are amazing. You are the most amazing person and I wish you could see yourself the way I see you. I knew you were amazing even before this phase of your life. I fell in love you when you were a party-loving maniac who tore up karaoke and late night Cosmopolitans, and now you’re running the household for the next generation.

This Mother’s Day, my wish for you is that you stand up tall, and proclaim to the world, “I am the greatest mother of all time.”