Adam Reed talks with The Life of Dad After Show host, Art Eddy about how he came up with a new invention which started a new holiday tradition for his family and other families around the world. Adam also shares with Art how a children’s book came to him in a dream and how that idea led to an award winning book. The guys also talk about the many joys of being a dad.

Adam Reed is a father of two young children in LA. He cherishes being a dad. By day he’s a Hollywood  TV producer, but what he loves most in life is being a dad to Peyton, and Weston. He created a new Christmas tradition last year called Reindeer in Here initially for his own family when he couldn’t find a viable positive option to Elf on the Shelf, which he saw has having many negative attributes. 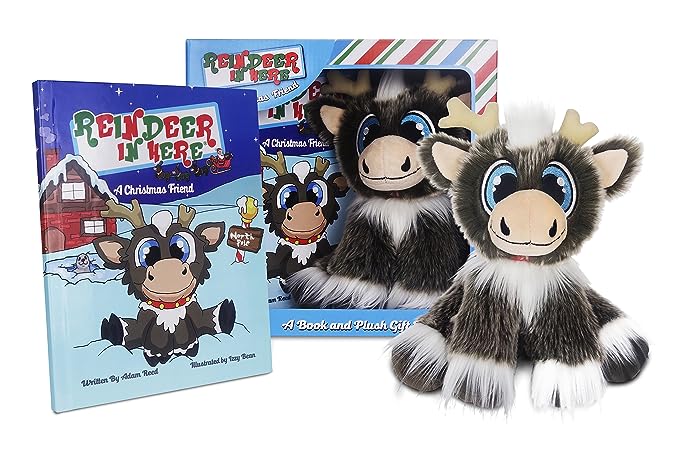 Reindeer In Here in under one year’s time is now an Amazon #1 New Release, an Amazon #1 Best Seller, and has won six major awards. Some of the awards were the Gold Mom’s Choice Award, and Best Book of the Year for the Creative Child Magazine Awards.

Now to see people truly responding to the reindeer character and its unique friends in the book Adam wrote, the story, Christmas tradition, and core message of ‘different is normal,’ really means so much to Adam.

Adam is the founder and CEO of Reed’s, a brand whose mission is to create “BIG stories for tiny people” through creativity and innovation.  Always the storyteller, Adam is also the President of Emmy winning production company Thinkfactory Media.  He lives in Playa Del Rey with his wife Jennifer, and their two children.