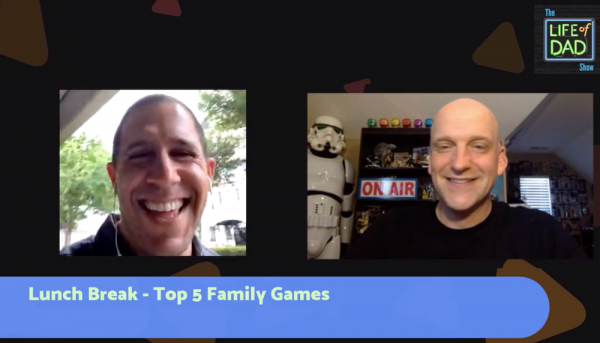 What is your go to game for Family Game Night?

It could be a board game, video game or outdoor game! Let us know your top 5 in the comment section as the Lunch Break hosts, Art Eddy and Jon Finkel share their family favorites.

What our viewers said:

Jean-Paul Mosquera ·  I remember playing The Game of Life back in the day… Loved it. Today’s version I don’t really like.

Brandon Kitchens · Favorite game the kids like to play with me is, “Where’s the remote?”

Anthony Valdes · The Uno gets intense in our house. Super personal!

Jorge Machado · Dungeons and Dragons for the win!
Jarrod Lundvall ·  I dont like the restrictions of Family Game Night. We just kind of do a Family Play Night. Maybe we wrestle. Maybe we go somewhere. Maybe we play a game. More options