You Are Getting Very Sleepy… – From The Dadlands

If you have kids, you’ve already heard this joke, because it never seems to get old. (Laugh so you don’t cry, that’s what I say.)

There are so many technological improvements designed to make parenting easier than ever: baby monitors, car seats, even a spoon that refills itself. Because we all know that having to fill a spoon from a bowl multiple times is the hardest part of parenting, am I right?!?!?

No. It’s the total lack of sleep. And it’s getting worse.

Take note, baby gadget inventors, because I think it’s reached a point where it’s getting criminally unsafe. The other day, my wife – who had been up with me a good hunk of the night with our daughter, who had an ear infection – proclaimed with a sarcastic tone on her way out the door, “I hope I don’t fall asleep and drive off the road.” As a comic, not as funny of an exit line as I would have preferred, and after later review, it really bothered me. There’s a little truth in every joke and this one hit home. I kept imagining her actually running off the road, and how I would have to tell everyone later that she was so tired, she saw it coming. “Why didn’t you stop her?” they would ask. “I thought she was joking.” And then awkward silence.

I feel like this scenario is all too common. I was shooting a show called “Knight Squad” for Nickelodeon, my call time was 7 AM and I was up the entire night holding a baby. I was crushed. It became a running joke on the set: would I survive the day? When we finished shooting, there was a round of applause. I made it. Whew! But of course, my day wasn’t over – I had to go home and take care of the kids.

Movies are made about the sleepy parents “messing up.” Stuff like that is pretty funny… right up until it’s not. We have this obsession with toughing it out, but at what cost?

When we’re young, single, and partying, we always say, “I”ll sleep when I’m dead.” Then we get married, have kids, and honestly wonder “Can I die from lack of sleep?” All jokes aside, the answer is YES!!!

When I was in the Navy, pilots were required to get 8 hours of sleep a night. I know this is partly out of concern for the pilot, but my guess is they were also worried about the millions of dollars of equipment said pilot was attached to. And for good reason. The day I shot “Knight Squad” on absolutely no sleep, I could barely remember a line, let alone the choreographed sword fighting. What if I was doing brain surgery or disarming a bomb? 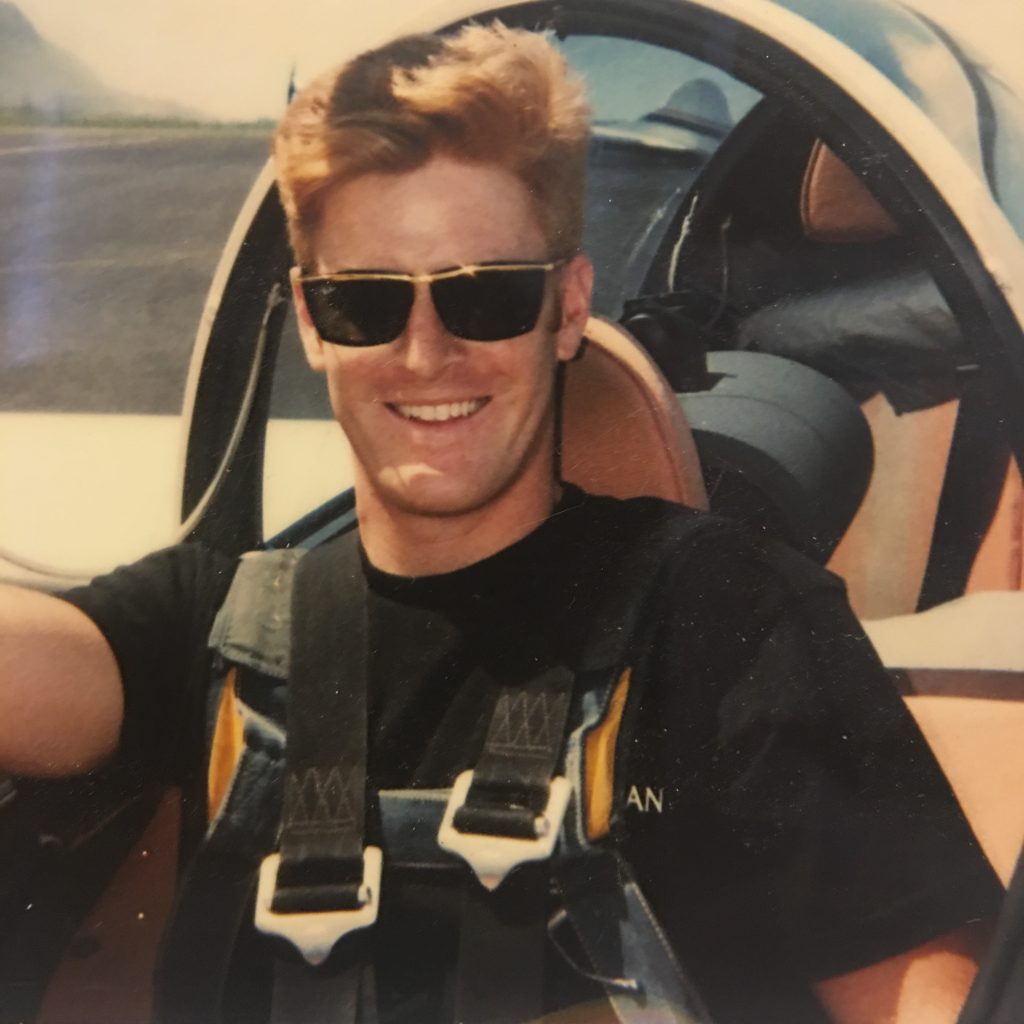 Now take that feeling, and put a kid in the mix. It’s a terrible combination. So as a PSA for all parents, I’ve put together some tips for winning the battle for rest:

Being that tired is like being sick. There’s a reason that sleep deprivation is used as torture. If you have to, don’t tell them you’re just tired. They’ll berate you and think you’re a baby. Always say you’re SICK. And honestly, anytime I’m faking sick, it’s always “diarrhea.” That word alone tells people you’re not fooling around. Sore throat, stomach ache – those sound like excuses. Just tell them straight up: you have a terrible case of the shits, you’ve already lost 8 pounds in 24 hours, and you’re thinking about throwing on your kid’s diaper. Trust me, they will not want you anywhere near them. Enjoy it.

For the love of God, can we please make naps cool again? Ben Franklin, Albert Einstein, Leonardo DaVinci, John F. Kennedy… big nappers. Yes, Kennedy probably napped with other people (wink, wink) but still: a nap is a nap is a nap. The other day, I went to lay down in the middle of the day and was overwhelmed with guilt. I’m not sure why; before I had kids, I would nap whenever, wherever. Even when they were babies, I could justify it (sleep when the baby sleeps). But my wife doesn’t nap, and for some reason now that the kids are in school, I feel pressure to stay awake. NO MORE!!!! If I need to, I will find a shady street, pull over and sleep in my car. You should too. 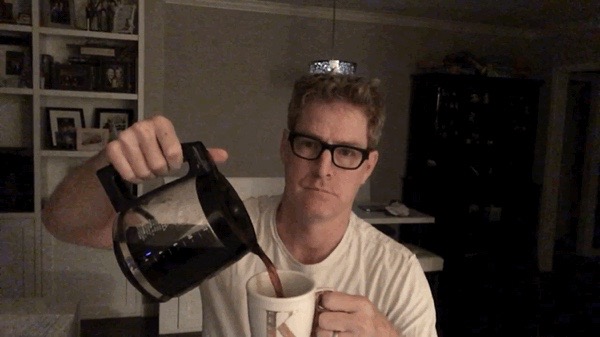 We see it in the movies, when people go to war. “You get some sleep, partner. I’ll take the first shift and then you take the next one.” It’s not personal. It’s about survival. That night my wife stayed up with our 3-year-old, I begged her to go sleep in the other room. She, of course, refused because she’s a great mother and stays with her child. Crazy!!!! I told her I would take over – I wasn’t working the next day. She wouldn’t hear of it. I tried to pivot: “Well, if you’re going to stay up, then I’m going to sleep in the other room.” I hope you didn’t believe that worked – NOT A CHANCE. She would have killed me in my sleep. TL;DR: we were both exhausted the next day.

The other night I went to bed at 7:40pm. Exactly 10 minutes after the kids went to bed. My wife was appalled. Laugh all you want. Call me old. Give me all the “Early Bird Special at Red Lobster” jokes you can muster. I don’t care. I felt GREAT the next day. As a matter of fact, I woke up at 4 am, made a pot of coffee and enjoyed that new HBO special about Andre the Giant. It was one of the best mornings in years.

Even when my wife sleeps, she sleeps terribly. When we first met, she would complain that she never slept through the night. So, the first time I stayed at her place, her dog slept in the bed. I saw the problem immediately. He had crazy running dreams that woke me up several times. This should have been a red flag, but you can’t help who you fall for. The dog has since been banned from our bed, but now it’s kids wandering through our room at all hours of the night like we’re a youth hostel in Santa Monica. I have to tell them when I put them to bed: “No one comes in our bed until the sun comes up!” I’m not even sure why married couples sleep in the same room – some antiquated tradition based on less available living space? But come on, if a family has the means for separate bathrooms, why don’t we have separate bedrooms as well? At least when the kids are young? Can’t I love my wife AND sleep? Sleep is a solo endeavour. 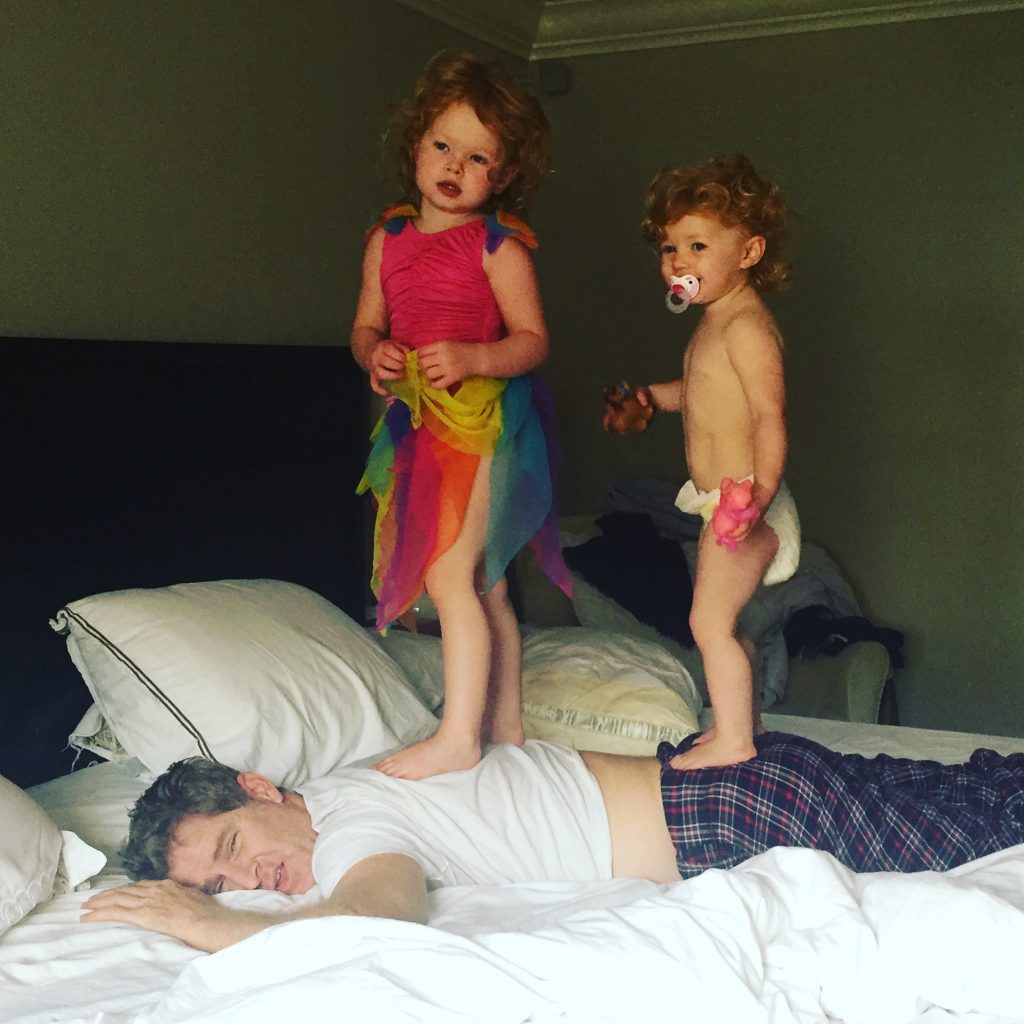 This brings me to my final point: find the sleep strategy that works best for you.

Mine took many years to perfect, but now I’ve trained my body to sleep on command. When I’m on the road traveling or those nights when I just can’t shut my brain down, I follow my ritual:

Then, I take three deep breaths in through my nose and out my mouth, remain absolutely still, and go for a mental walk through my life. I choose a period from my youth and stroll down memory lane. Very specifically, visualizing all the places. The smells. The sounds. The feelings. Sometimes I can feel my body floating and rotating. It’s pretty cool.

It’s my own form of meditation, and it’s truly cathartic. It takes me away from the stresses of my current life and slowly brings my heart rate down and allows me to sleep. The better rested we all are, the nicer we are. And the nicer we are, the better the world is. So, relax, get some rest, and be respectful of others. And now, if you don’t mind, I’m going to take a nap.