Ben Bailey is this week’s guest on The Life of Dad Show.

Emmy Award winning game show host and executive producer for Discovery Channel’s Cash Cab Ben Bailey sits down with The Life of Dad Show host, Art Eddy to talk about the origins of Cash Cab, how he comes up with his material for his stand-up comedy performance and what he wants to tackle next in his career.

Ben also shares with Art his take on fatherhood and what it means to him to be a dad. Bailey shares some of the values he looks to instill into his kids as well as some advice for dads to be. 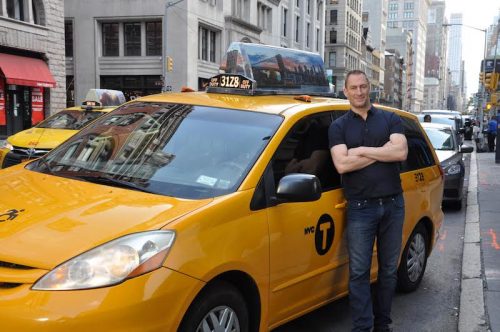 Ben Bailey, whose 6-time Daytime Emmy-Award winning gameshow Cash Cab has returned to The Discovery Channel airing on Fridays at 7PM ET/PT through the end of September.

Ben has starred in two specials for Comedy Central. His most recent, Road Rage and Accidental Ornithology, is currently streaming on Netflix. He has appeared on Last Call w/Carson Daly, The Late Show, The Tonight Show, The Today Show, The Oprah Winfrey Show, Rachel Ray, and virtually every major TV and radio show in the country. He also hosted several other TV series including Who’s Still Standing for NBC, Best in The Business and After the Catch for Discovery.

Bailey tours as a national headliner. You can see him perform live at a Theater or Comedy Club in your area and in his latest Stand Up Special Ben Bailey Live & Uncensored. He can also be heard on his popular podcast Tall But True.