Curtis Armstrong – My Life of Dad

Believe it or not actor Curtis Armstrong has been in the entertainment business for over thirty years. Fans of his work know him from his roles in Ray to his most iconic and memorable role as Booger in Revenge of the Nerds.

Did you know that Armstrong has been acting before he got his big break in Risky Business? Curtis got his taste of acting when he lived in Geneva, Switzerland with his family as a young boy. He would visit a little theater in the old town where they showed unabridged versions of old, silent films and he began to look to the actors of the 20s and 30s as inspiration. He co-founded a theater company after attending Oakland University Academy of Dramatic Arts and later moved to New York to pursue theater and film full time. For the past 30 years, in between filming television and movies, he continued to go back to his original love and could be seen on the stage.

Along with his fantastic career Curtis is a loving father. He was able to be the primary caregiver when his daughter was young. Curtis and I talk about that along with his other thoughts on fatherhood, acting, and more.

Art Eddy: You recently did a show called Highston that is on Amazon and not on a traditional TV channel. As someone who has been in the entertainment business for some time now what is your take on the new way of media like outlets such as Amazon?

I think it is something that everyone needs to be accustomed to. There is a lot of good in it. It is all very strange because what winds up happening is that the process of making a show like this is like making a show anywhere. It could be for a cable network or a network. It is exactly the same process as far as actors.

Because it is being delivered in this new way it is sort of reliant on the actors to get the word out. Unless you are on Amazon you would not be aware of this. In some cases we have to explain to people what it is. There are a lot of people especially more people in my generation who don’t necessarily know what this delivery system is all about. So you are not only explaining to them a show that they never heard about, but you also explain on how they actually watch the show. It took my parents days to figure out how to watch this show. It is more work for us after what we are done doing what we are actually paid to do which is to act. We really then have to go out and beat the bushes to get people to watch it and vote on it.

AE: You have been in so many fantastic TV shows and films. You have played memorable roles and had an abundance of quotes that people repeat. What got you into acting? 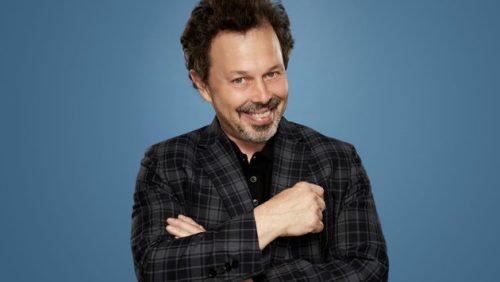 CA: I would say that it became from being an outsider and a bit of a nerd. I had spent a few good years in the 60’s overseas. My parents spent some time overseas. When I came back to Detroit in ’67 I was very much an outcast. I really didn’t belong in the middle school I was in. I was somewhat banished. People just thought I was odd.

I wasn’t athletic at all. I took most of my refuge in books. I was a veracious book reader. Then there was one of those classic things where a teacher comes to the school, who was an acting teacher. His name was Will Young. Will was the new drama teacher. I went into his class. I was being taught by someone who was an actor. He encouraged me to get into it.

I went into high school. There was another teacher in high school named Dwayne Thompson. It was the exact same story. The guy had been an actor. He got to the point where he needed to make more money raising a family. So he started teaching in the high school.

I had these inspirational teachers who actually lived the life. The more I got into it the more I realized that this was my calling. It was the one thing other than reading that I felt I had an affinity for. So that is where I started. I went to the Academy of Dramatic Arts which was in Detroit. My object was always theater. That was what I always wanted to do. That was what I did for many years.

Risky Business was my first job in 1983 that was not a stage play. I continued to do stage plays up until ten years ago. The only reason I stopped was just because I got so much work that it was difficult to commit that kind of time to something like that. It all comes from that one root, which was you are a nerd. You don’t fit in. You find a place where you shine and that is what I did.

AE: Switching to fatherhood now, what were some of the core values you looked to instill in your daughter as she was growing up? 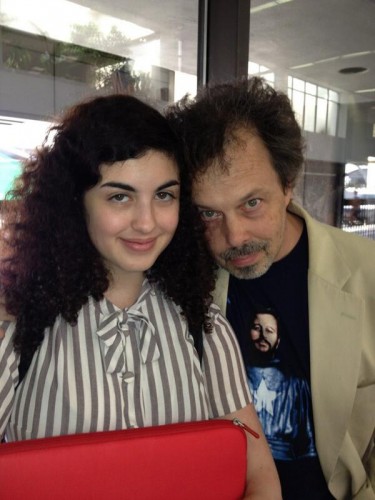 CA: The value question is a tough one. It is hard to say that I set out to instill values. She is an only child. My wife is Jewish. I was not. I didn’t particularly care for any type of religion. I was sort of a non-religious person. I didn’t care whether she was raised with a religion or not. My wife felt pretty strongly that she should have a Jewish education at least until she was 16 near her Bat Mitzvah. Then she could decide for herself.

When I look back on it I realize the sorts of things other than making an example of yourself for your children. You want your children to see you be kind to people. You want her to see you become involved in things which improve people’s lives. To be a good friend to people. To be a good parent. To show those kind of things that will make an impression on her later on in life.

There were other parts that were hugely important to me which was a love of literature. A love of music. All kinds of music. A love of theater. A love of film. A love of museums. A love of everything. That was probably when I look at my daughter now, she is almost 20, and is in college overseas. I look at her now and think the biggest influence I have made on her was introducing her into the world of books and music. It helped her shape who she is completely as she approaches 20. I am very proud of that.

AE: How did you balance work and family?

CA: It was weird. My wife was a screen writer. In the early days it was especially difficult. For example right after my wife gave birth to Lily she was back at work within five weeks. I was an actor which meant I had chunks of time where I am not working. So I became the primary caregiver of my daughter when she was just a baby.

We had a nanny also because I was also working, but usually I was working in town. I was able to come home at night and look after her. There were some jobs that I turned down because it meant that I was away for too long. It really meant how to work it out between my wife and me about how we were able to spend as much time with her as possible.

It happened to work out pretty well because at this point in the 1990’s one of the reasons I was able to turn stuff down was that I was having at that point a second career as a screenwriter. I had a partner. For a number of years we have a very lucrative second job as screenwriters working on other people’s scripts and some scripts of our own. I was writing in the house. So that meant I was able to be in the house with her. It was partially good management. It was partially luck and good fortune. My wife and I were in jobs that allowed that to happen. I tried to do as much as I could and be with her as much as I could. I think the relationship that both my wife and I have with my daughter shows the value of that.

CA: One of the big issues, which I think is an important one, has to do with what you do as a father. It also means what you do as a husband. There have been some incremental improvements in the lives of women in this country when it comes to moving into a previously male dominated society. The same thing hasn’t happened in the other direction.

I lived alone for a long time. I learned all of those things myself. A lot of men don’t. A lot of men go to college and get married. They have someone doing that stuff for them. When there is a child in the mix it is even more important. If you are a young father the biggest piece of advice I have for you is to just step up. You are not living in a dorm anymore. You have to take responsibility not just for earning a paycheck, but being part of your partner’s life and part of your daughter’s or son’s life. You have to sacrifice. 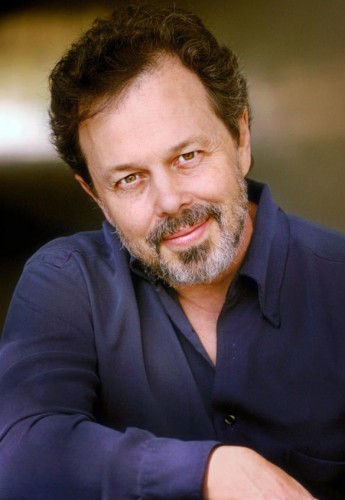 CA: Oh God, we have a lot of them. I can’t really name one. Right off the top of my head, it wasn’t one movie, but it was Laurel and Hardy. We love Laurel and Hardy when she was little.

CA: It would be The Beatles.

CA: The one that we had that was the best, which is not something we would normally do was for my 50th birthday. We went to New York. This was the three of us. We spent some time in New York. We did a transatlantic crossing on the Queen Mary II. We went to London. We had three weeks in London. That was probably the best vacation of my life. I don’t think I have had anything to compare it to. We had enormous fun and it was unforgettable. That would be my choice.

AE: Do you have a favorite line from a movie or show that you have been in?

CA: That is hard. I don’t know if I even have an answer for that. I don’t look at it in quite the same way as people who see movies do. It would be easy for me to say something that the usual ones are that I am asked about, but that is not part of what I think about. Usually I totally have forgotten every line once the movie is done. It is how other people respond to the line, not me.

AE: What is the nerdiest thing that you have done?

CA: I have spent a lifetime doing nerdy things. There are a couple of things that I can think of. I will give you a general answer. I will let you use your imagination. Among the nerdiest things that I have done is trying to ask a girl out on a date. That should not be on a list of things that you have done that is nerdy, but the way I do it is nerdy. (Both laugh.)