What’s your non-judgmental point of view? Tell us in the Comments! 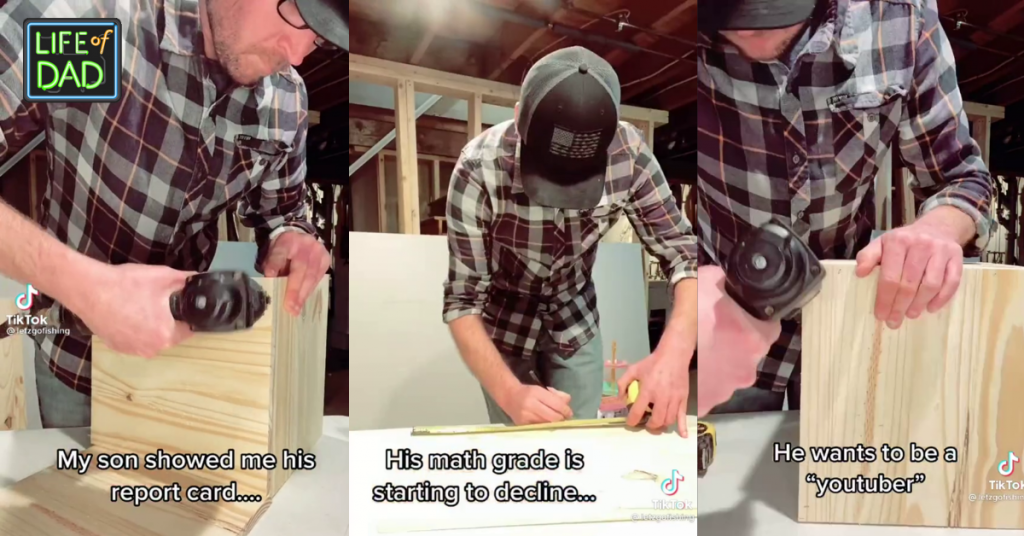 A dad who was frustrated with his son’s academic performance came up with an idea to improve his grades.

And just to show he meant business, the fed-up father recorded himself making it and turned to the social media platform TikTok to share his plan.

And it’s gone viral! Since posting on February 14th, the video has over 5 million Views, 750k Likes, 21k Comments and 60k Shares.

The single dad who goes by @letzgofishing immediately gets to work building a box out of wood and tells us why he is building it using text overlay.

“My son showed me his report card… His math grade is starting to decline… He wants to be a ‘YouTuber’, so he spends a good amount of time playing video games.”, wrote dad.

We had an idea of what was the final result was going to be once we saw the metal latches being attached to the box.

And here are some of the top Comments from TikTok: 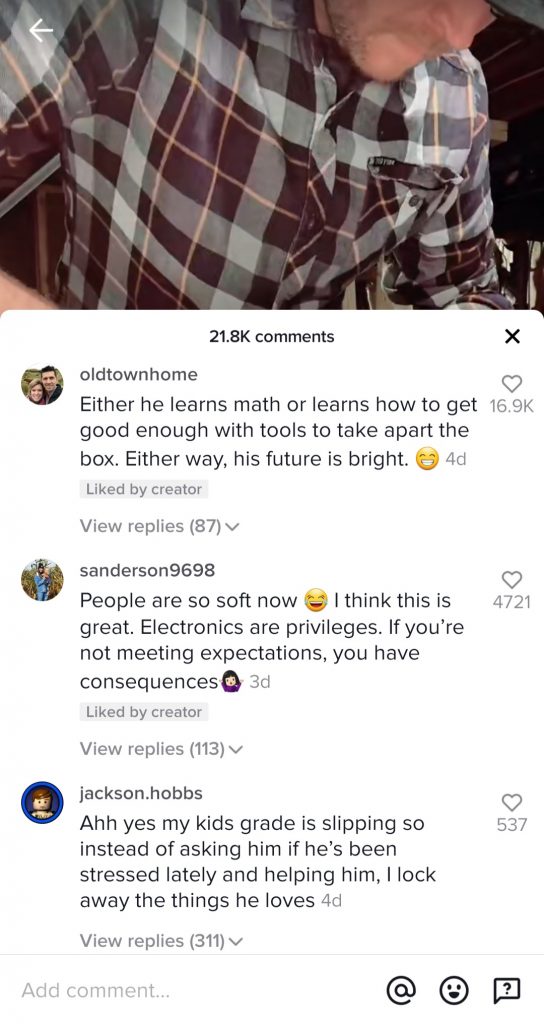 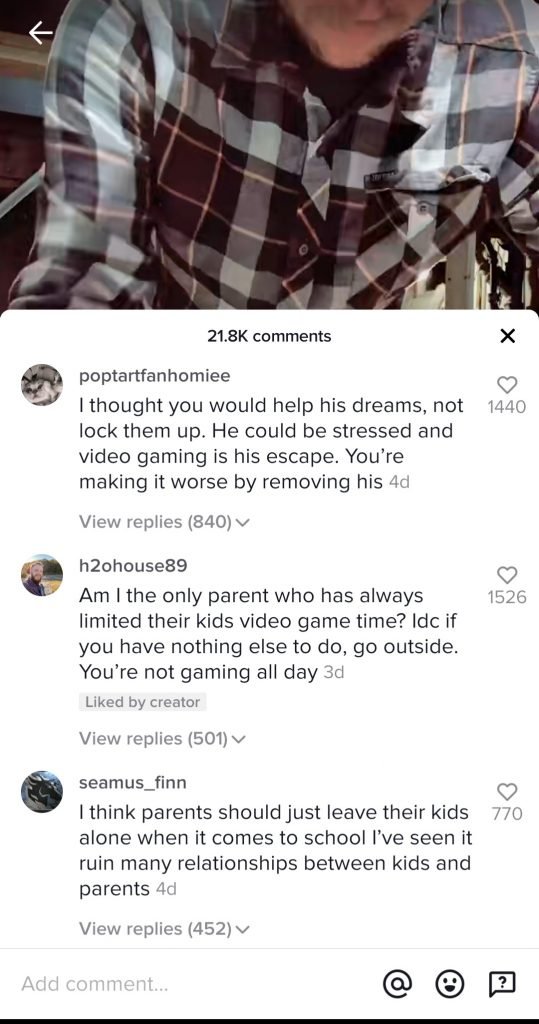 So, here’s our question for you, the dads and moms of the Life of Dad community:

If this dad was a good friend of yours, what would you say to him about his video and idea to help his son improve his grades?

(Our attempt at keeping the Comments and Feedback non-judgmental – see what we did there?!) 😉

Tell us the Comments!