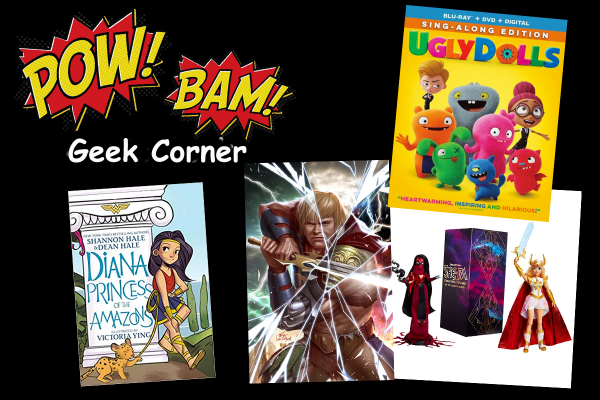 What up fellow geeks? Hope your week is treating you right. What have you been enjoying in the world of geek? For me I have been so excited that Kevin Smith will be heading up a Masters of the Universe series on Netflix. Thanks to Mattel and Universal Pictures my daughters got some really cool geek stuff! Plus DC Comics was nice enough to send me their latest and greatest graphic novels. Plus I have a movie that is very family friendly and has a great message.

Bringing Back The Masters

As announced at a recent panel during Power-Con in Anaheim, CA, DC and Mattel are teaming up once again to chronicle new adventures of Eternia’s greatest champion in HE-MAN AND THE MASTERS OF THE MULTIVERSE, a six-issue limited series debuting in November. Writer Tim Seeley, artists Dan Fraga and Richard Friend, along with cover artist Inhyuk Lee join forces to tell this tale of heroes making their last stand to protect their kingdoms against an impossible threat. In their desperation, they’re forced to risk their futures by reaching out to an unlikely and potentially dangerous ally.

“The Masters of the Universe franchise continues with the all-new comic book series, He-Man and the Masters of the Multiverse,” said Rob David, VP of Mattel. “With multiple He-Mans working together from different dimensions to save the multiverse, this series created in partnership with the expert writers and illustrators from DC Comics will be sure to delight new and old fans alike, while adding an entirely new dimension to the Power of Grayskull.”

The scourge of Anti-Eternia is unleashed on the Multiverse bent on utter destruction. Each version of Eternia has fallen in the wake of his devastation as he steals its power and grows stronger. Now it’s up to a rag-tag team of surviving He-Men from across the multiverse to stem the tide, but to do so they’ll have to recruit the one man in existence that might help them win: Prince Keldor, the man who would be Skeletor!

“DC has had a long-standing and exciting partnership with Mattel in bringing the adventures of He-Man to comics and our fans,” said Hank Kanalz, SVP, Publishing Strategy and Support Services. “DC also knows what it means to showcase characters from across its own multiverse; I’m looking forward to seeing the different iterations of He-Man and other Masters of the Universe characters in this series.”

On sale November 20, this 32-page debut issue also features a variant cover by interior artist Dan Fraga and is priced at $3.99.

The Princess With Power 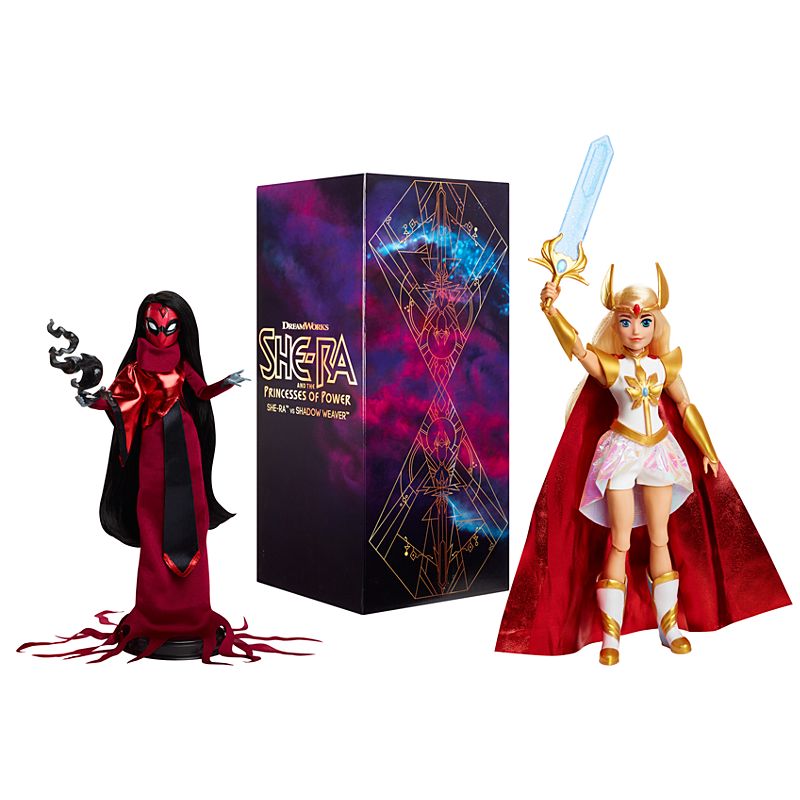 A BIG thank you goes out to Mattel for sending me the She-Ra And The Princesses of Power She-Ra Vs. Shadow Weaver 2-Pack that was a Comic Con Exclusive. My daughters were so excited.

Celebrate the return of warrior princess, She-Ra in She-Ra and the Princesses of Power with this collectible two-pack that pits good against evil, featuring She-Ra and Shadow Weaver dolls with highly detailed, true-to-character designs. She-Ra doll features an armor-clad look including her signature white jumpsuit, a holographic skirt, long red cape and full battle armor. Shimmery accents weave through her extra-long, blonde hair underneath her iconic winged tiara. Carrying her Sword of Protection accessory, She-Ra is ready to defend her home planet, Etheria, from The Evil Horde and her nemesis, Shadow Weaver!

Prepared to cast darkness on all who cross her, this Shadow Weaver doll “floats” when displayed and carries a glittery Shadow Power accessory. Dressed in her classic burgundy robe, Shadow Weaver doll features a highly detailed mask and long, flowing black hair. Each doll in this collectible hero and villain duo features premium fabrics and authentic details, as well as 11 points of articulation for action-packed posing abilities. Specially designed packaging sets the scene in front of Bright Moon Castle and allows collectors to display the dolls side-by-side, making this two-pack the perfect gift for fans of She-Ra and the Princesses of Power.

Make sure you check out She-Ra and the Princesses of Power series on Netflix. 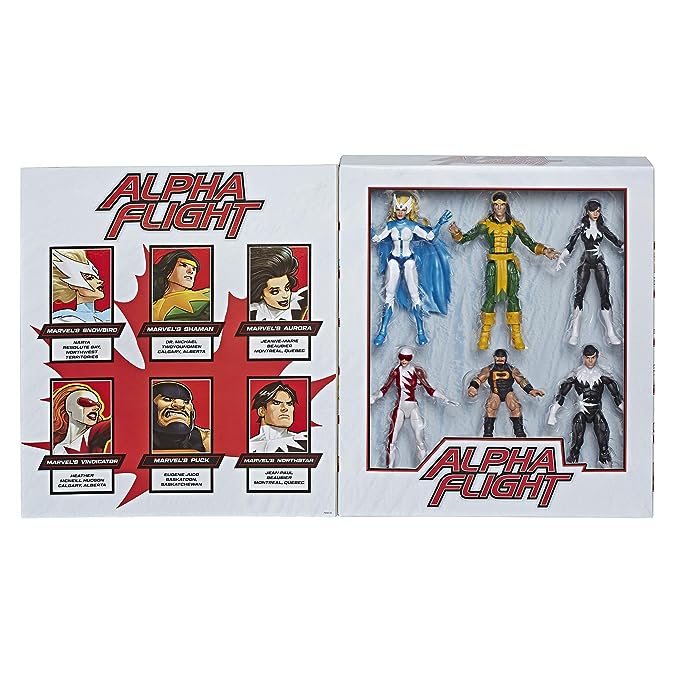 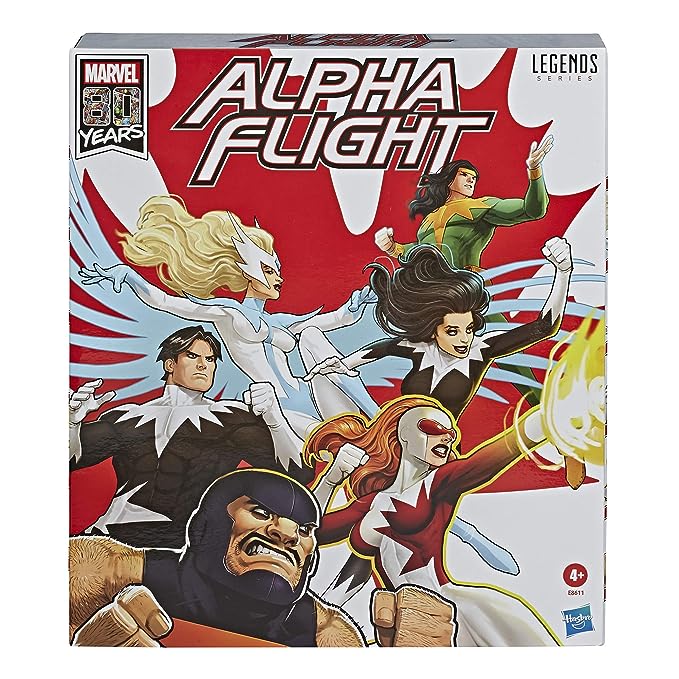 Moxy (Kelly Clarkson) and her UglyDolls friends are living in Uglyville, a town where the weird and the strange is celebrated. Her curiosity led her to discover a town called Perfection, where dolls are trained to become perfect before being sent to the real world, led by Lou (Nick Jonas). As they are confronted to conform to perfect standards, the UglyDolls discover what it really means to be loved and accepted. Directed by Kelly Asbury and features the voices of Blake Shelton, Janelle Monáe, Emma Roberts and Wanda Sykes.

Unconventionality rules in UGLYDOLLS, the new animated family adventure based on the beloved toy brand. In the adorably different town of Uglyville, the free-spirited Moxy and her UglyDolls friends confront what it means to be different, struggle with their desire to be loved, and ultimately discover that you don’t have to be perfect to be amazing because who you truly are is what matters most. You have a chance to win a copy of UglyDolls. All you have to do is tweet at me at ArtEddy3 your favorite singer. Good luck.

From New York Times bestselling authors Shannon Hale and Dean Hale comes a heartfelt story about making mistakes, learning the hard way, and growing up to become a hero.

Eleven-year-old Diana leads an idyllic life on the island of Themyscira. Cut off from the rest of the world, she’s beginning to feel a little alone. Though she has a loving mother and many “aunties,” she is an only child. In fact, the only child on the entire island!

After an escapade goes wrong, Diana gets in trouble for not living up to the Amazonian standard. She just can’t seem to measure up no matter what she does. Every other person on the island is an adult proficient in their trade and mighty in body, while she is gangly, sometimes clumsy, and not particularly good at anything. She’s not Wonder Woman… yet anyway. What Diana needs is a friend; someone her own age whom she can talk to. But when she decides to take matters into her own hands, she encounters the unexpected!

The owner of the Jade Market has a secret–one that will soon change her grandson’s life.

Thirteen-year-old Tai Pham lives in the apartment above his grandmother’s store, where his bedroom is crammed with sketchpads and comic books. But not even his most imaginative drawings could compare to the colorful adventure he’s about to embark on.

When Tai inherits his grandmother’s jade ring, he soon finds out it’s more than it appears. Suddenly he’s being inducted into a group of space cops known as the Green Lanterns, his neighborhood is being overrun by some racist bullies, and every time he puts pen to paper, he’s forced to confront that he might not be creative enough or strong enough to uphold his ba’s legacy.

Now Tai must decide what kind of hero he wants to be: will he learn to soar above his insecurities or will the past keep him grounded?