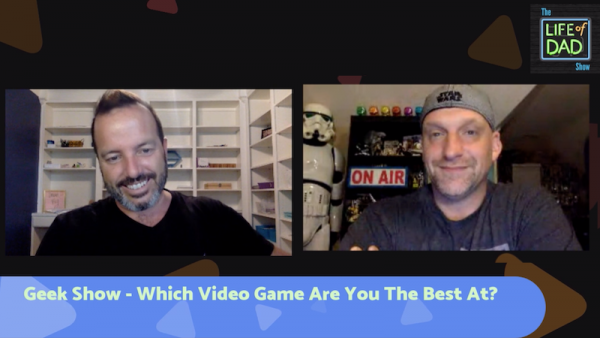 Which video games do you and your kids dominate?

What video game are you the best at? Are there any games where your kids always win against you? The Geek Show hosts, Art Eddy & Patrick Quinn talk all things video games and the consoles they loved to play on.

What some of our viewers said.

Doug Boren ·  I used to get grounded for going to 7-11 after school and spending hours playing Master Blaster! 🤣

Dustin Hughes · MK2 man the hours I spent playing that game with friends as a kid lol.

Justin Cunningham · I used to play counter strike on PC at a local computer pay to play store. Crushed so many hours there. The only reason why I had a paper route was to pay to play that game!

Chris Seastrand ·  Resident evil three for super NES with the expansion pack! None of the ports are remotely the same on that system it rocked! And so did I.

Farhan Ghani ·  I have Marvel vs Capcom arcade in my garage. I was unbeatable at until my old neighbor came over who happened to be one of the developers.

Thanks to PixARK for giving us games to give to our viewers!

PixARK is game for PlayStation 4, Xbox One, Nintendo Switch and Steam. Get ready to explore a world of mystery, danger, ancient dinosaurs, mythical beasts, and cubes! Work by yourself or with a tribe of others to gather materials, craft useful items, tame wild creatures, and build huge bases to survive in PixARK! For more info go to their website: pixark.snail.com