Howie Dorough talks Fatherhood, His New Album Which One Am I & More 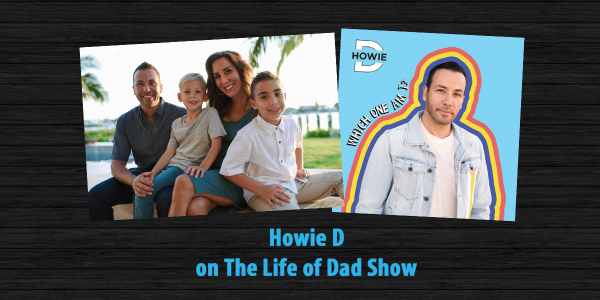 Howie Dorough is this week’s guest on The Life of Dad Show.

Howie Dorough talks with The Life of Dad Show host, Art Eddy about his new album, Which One Am I, getting to have one of his kids be in a music video with him and how fatherhood has made him look at his career in a new way. Howie also shares how the new album inspired an upcoming family musical theater production, Howie D: Back in the Day.

Howie chats with Art about being a dad and the values he and his wife look to instill into his kids. Howie also answers the Life of Dad Quick Five. 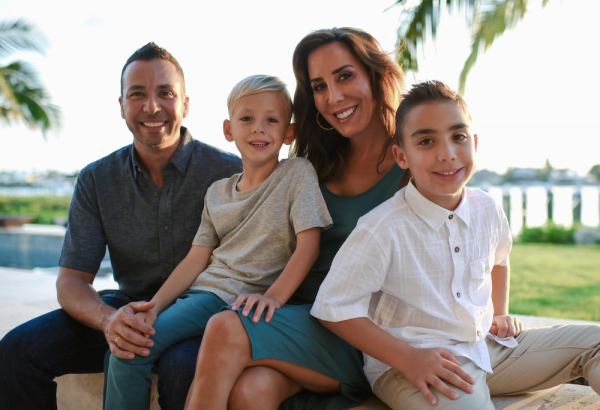 Born and raised in Orlando, Florida, Howie Dorough’s passion for music and entertaining was evident as early as age three, when, with his little guitar, he would sing around the house for his family. By the time he was seven years old, Howie had performed his first role in a musical production of The Wizard of Oz. Clearly bitten by the show biz bug, Howie spent his childhood taking dance lessons, singing lessons, acting lessons, performing in school productions, singing in choir, and, as he puts it, “doing anything to break into the business.” He acted in a Nickelodeon TV production, starred in a commercial for Walt Disney World, and even landed roles in movies such as Parenthood and Cop and a Half. After high school, Howie studied music at the University of South Florida until he got his big break as a Backstreet Boy at the age of 19. As everyone knows, he has been performing all over the world with BSB ever since.

Make sure you follow Howie on Twitter at @howied and pre-order his album Which One Am I that comes out July 12th. 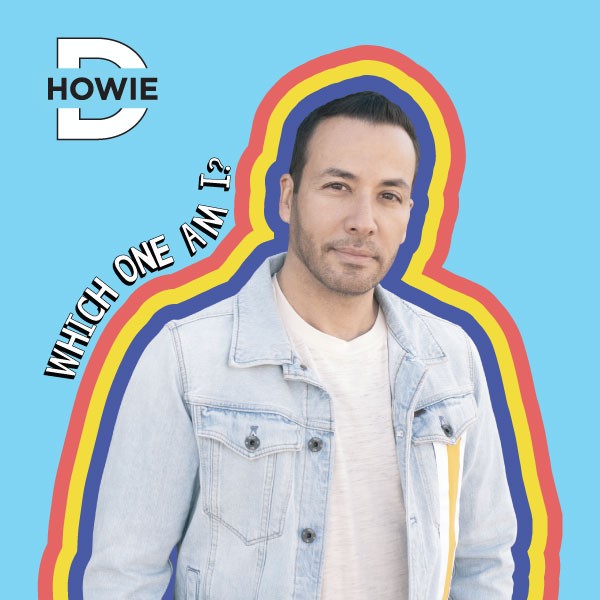 About Which One Am I

Backstreet Boy Howie D will release his debut family album, Which One Am I?, a collection of songs that offer musical reflections of his own childhood, as a young Howie D overcomes his insecurities to discover his true self.

Produced by Grammy nominee Tor Hyams, these songs inspired an upcoming family musical theater production, Howie D: Back in the Day, which will have its world premiere next year at the Rose Theater in Omaha, Nebraska.

“When I started writing these songs with Tor Hyams and veteran Broadway performer Lisa St. Lou, it became clear that together they revealed my own story,” Howie says of the inspiration and hilarity that went into writing both the album and the musical. “These songs are about a kid who conquers a myriad of his own fears and learns to accept himself for the unique person he really is.”

People Magazine premiered the album’s first single, “No Hablo Español,” an ebullient Latin number that taps into Howie’s mixed-race heritage. Growing up in Florida as the son of a Puerto Rican mom and an Irish-American dad, Howie never knew quite where he belonged. With gusto and good humor, “No Hablo Español” expresses the dilemma of being a thoroughly American-raised kid who is also part of a minority community.

The accompanying video for “No Hablo Español” is a real family affair. Howie D’s ten-year-old son, James, plays a younger version of Howie, while Howie’s mom, Paula, plays her own mother, the song’s “abuelita.” Howie himself makes a cameo as a guitar player!

All videos for the Which One Am I? project were shot in collaboration with Full Sail University, whose innovative programs in the arts have long been supported by Howie D.