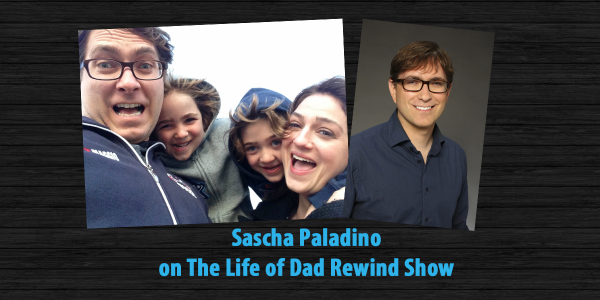 The Life of Dad Show, host Art Eddy shares an interview he did a few years back with Sascha Paladino. The guys talk about Sasha’s show, the process of getting the show from an idea to on TV, and fatherhood.

Emmy-nominated writer and producer Sascha Paladino is the creator and executive producer of Disney Junior’s Miles from Tomorrowland, an intergalactic animated series that follows the outer space voyages of young adventurer Miles and his family as they help connect the universe on behalf of the Tomorrowland Transit Authority.