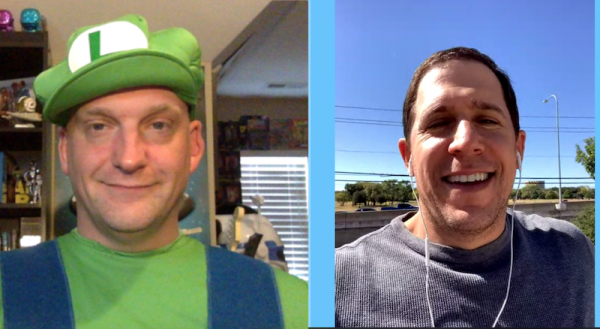 We are talking all things Halloween.

On today’s Lunch Break Show, Art Eddy and Jon Finkel talk about all things Halloween. From best costumes to the worst candy we want to hear from you. Do you and your family dress up together for Halloween?

Here is what some of our viewers said during the show.

Kelly Clark ·  I dress up as Pinhead from Hellraiser and gussy up the yard with body parts, ghosts, and skeletons….we even got strobe lights, music and fog…..always fun.

Shawn Kingbird · Any Laffy Tardy candy and Bite Size Milky Ways are the ones to hunt for.

Chris Seastrand · We used to get full-size candy bars in the large paper grocery bags well trick-or-treating and we have to go dump them out and go back out for more. Those were the days.

Preston Golden ·  My wife was a pancake, I was an egg and my son was a piece of bacon.

Stephen Jakakas ·  My wife is going over the top this year. We’re cutting out a armor set from a video for my son. Terraria. We’re making it from EVA foam.