Lunch Break – Are There Too Many Streaming Services? 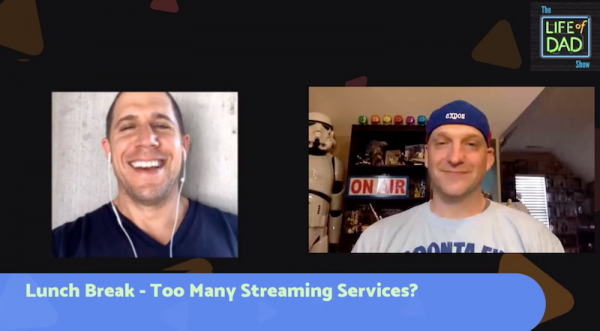 Are There Too Many Streaming Services?

Are there too many streaming options out there? The Lunch Break hosts, Art Eddy and Jon Finkel want to know what you think. Leave your thoughts in the comment section below as the guys chat about Disney+, Hulu, Netflix and other streaming services.

Alex Landazuri ·  there are a bunch of streaming services available, but its not as cheap as it used to be now that everyone is getting into it.

Jenn Townes ·  I think there are only too many if you let there be. My children’s tablets are locked to amazon kids only and they watch Netflix under our supervision in the living room.

Shawn Kingbird ·  I have Netflix, Hulu and Prime Video. Each one gives me options for shows or movies to watch.

Darren Kerr ·  I use Showbox movie hd and netflix.
Mitchell Daniel Mincey ·  I’m pretty sure you get Hulu with disney+

About The Lunch Break Show Hosts: