Lunch Break – Back to School Edition 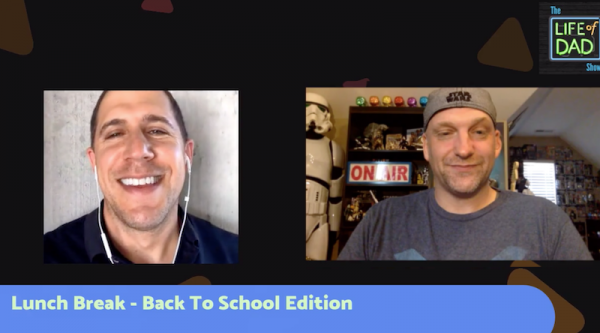 We are talking all things BACK TO SCHOOL!

Casey Jones · Homeschool , always learning.
Jean-Paul Mosquera ·  As a parent now, i’m looking forward to how my child progresses during the school year. It’s always great when your kid comes to you with their mind blown factoid they learned at school.
Ronda Holleman ·  We kept a bed time all through our sons school even on the summer his last couple of years of high school he was in bed by ten. He’s 26 now and he has made a habit of in bed by 8:30 and up at 4:30am to be at work at 6am. I’m grateful he was great at getting up and getting out the door for school. Now his dad is a different story that man sleeps like he’s in a coma.lol
Jared Robinson · The best feeling teaching your child a new skill and watching them master it and showing them that they can learn anything. Watching them building self confidence. Becoming little women and men.
Angela Myers Briand · I call my middle son N.P. short for nerd patrol. 🤣 Gotta let him know being a nerd is COOL! He always gives me facts that I have no clue about 🤦‍♀️