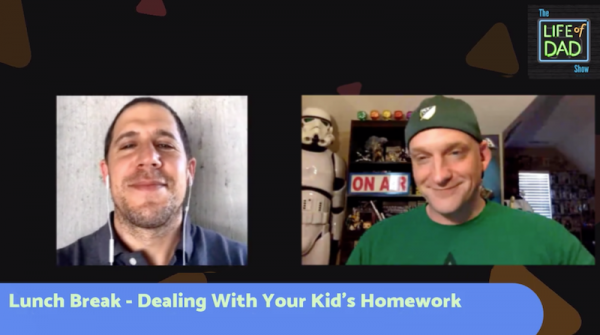 On today’s Lunch Break Show, Art Eddy and Jon Finkel talk about their kid’s homework. The highs and lows and everything in between. As a parent what you most frustrated about with your child’s homework?

Here is what some of our viewers had said on today’s topic:

Barbara Riffe · We just had a conversation about the kids getting books at school with 50 chapters and weights 5 pounds. There is no way they can read 50 chapters in 1 year.

Jim Irwin ·  I hate the required reading for English classes. The books they assign are garbage. Like let my kid read his own interests. As long as he proves he understands what the story is and concepts who cares what he does it with.

Rob Ainbinder ·  We get the Remind app for High School. Plus weekly phone calls.

Patrick Tellez ·  My kids gets packets, plus nightly homework.. Kids are in Kinder and 2nd grade.. then they grade us, the parents, if we don’t acknowledge their work.

Simon Dolan · My 7 yr old daughter had a spelling test last week, 10 words. She decided to test me on the words then I tested her and she got a higher score. Apparently I couldn’t spell committed right!