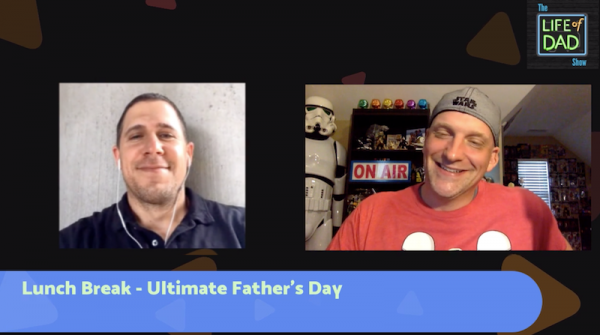 Would you take the family to a baseball game? Go golfing or fishing? We want to hear from all you dads on what you would love to do on Father’s Day as the Lunch Break hosts, Art Eddy and Jon Finkel share what they would love to do on the day that celebrates fatherhood!

Chris Seastrand ·  I just like going out to dinner someplace I want to go. And any type of pro wrestling is the ultimate Father’s Day for me. I got a little bit early this year and a big book of dad jokes.

Shawn Kingbird · Being with my Kids, Grilling awesome foods, drinking Brews with the Bro-tato Chips, Bonfire, Some fireworks and sleeping in til noon the next day.

Melissa Hansen Murrell ·  Watching from Las Vegas. My husband enjoys his alone time. We work out days throughout the year for him to just go and do his thing, on his own. He works hard, and some time to decompress is good for everyone. As for Father’s Day, much like Mother’s Day, we have the kids take special care of and do kind things for dad.

Hristos Chris Papastamos ·  from London Ontario. spend time with the family by a lake, canoeing and fishing.
Johnathon Sullivan ·  A relaxing day at the lake, cloudy and with a slight breeze and still warm enough to swim, a grill and a medley of meats and veggies to cook and the kiddo and family all around laughing and having a good time.