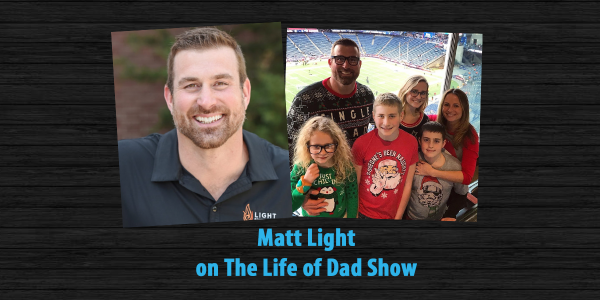 Matt Light is this week’s guest on The Life of Dad Show.

Matt Light talks with The Life of Dad Show hosts, Art Eddy and Tommy Riles about the great work he does with his foundation, his time in the NFL and what it is like to win a Super Bowl. Matt then talks with the guys about fatherhood and what values he wants to instill into his kids.  Then Matt ends the interview with the Life of Dad Quick Five. 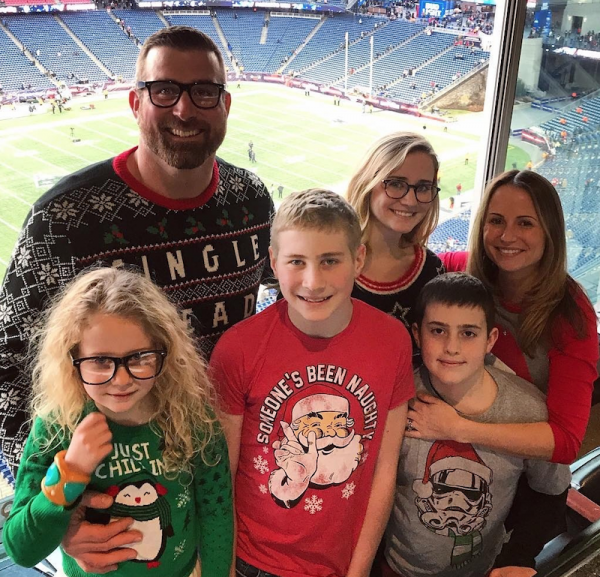 Matt Light was born on June 23, 1978 in Greenville, Ohio. He started playing football as a kid, and won a scholarship to Purdue University, where he originally played as a tight end. It soon became clear that he was best suited for a spot on the offensive line, a position that he remained in for the rest of his football career.

While a Boilermaker, Matt played as left tackle behind his friend and future Super Bowl MVP quarterback Drew Brees. In his senior year there, he earned All-Big Ten recognition after starting twelve games, helping an offensive line en route to a Big Ten title and Rose Bowl Game appearance. He graduated Purdue with a degree in Industrial Engineering, but football soon became a full-time career. Matt was drafted out of college in the 2nd round by the New England Patriots in 2001, and then began what would be a stored football career, complete with 5 Super Bowl appearances, 3 Super Bowl championships, and 3 trips to the Pro Bowl over the course of 11 seasons in the NFL.

In addition to Matt Light’s athletic achievements, he has also received a number of high-profile awards for his charity work. Matt received the third New England Patriots Ron Burton Community Service Award in 2005, and in 2008, he was presented the President’s Volunteer Service Award for his outstanding work in the community by the Bush administration. In addition, he was named the Hockomock Area YMCA’s Special Legend in 2011, the Pop Warner Humanitarian Award winner in 2012, the Gridiron Club’s “Man of the Year” in 2012, Purdue University’s 2013 Athletic Hall of Fame, and was most recently named All Sports United’s 2014 Humanitarian Award recipient. Matt is also a member of the New England Patriot’s “All-Decade Team” for the 2000s. Matt most recently was honored with a Boston Business Journal 2015 “40 Under 40” recipient for being a leader making a philanthropic difference in the Boston community.