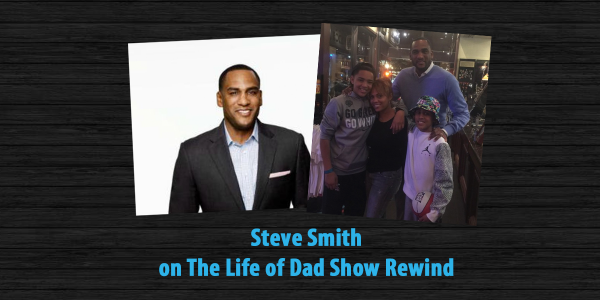 The Life of Dad Show, host Art Eddy shares an interview he did a few years back with Steve Smith. Art talks with Steve about his time in the NBA, the Steve Smith Charitable Fund, and fatherhood.

Steven Smith takes a lot of pride in being from Michigan. His parents Donald and the late Clara Bell Smith taught Steve a lot through their words and actions. Steve saw the many sacrifices and acts of kindness not only in his family, but to others in his community. Being a witness to all of that made Steve want pay it forward.

This week’s Life of Dad Show is brought to you by Oto Tip.