Brian Urlacher, Michael Strahan and Patrick Peterson are this week’s guests for the Life of Dad Show Remix.

This episode of The Life of Dad Show Remix has dads that have made a name for themselves on gridiron. In this episode you will get to hear my interviews with Brian Urlacher, Michael Strahan and Patrick Peterson. All three of these great dads are All-Pro Defensive players and open up about fatherhood. These interviews were from previous episodes of The Life of Dad Show and highlights their conversations on fatherhood. Leave a review on iTunes or wherever you download the podcast for a chance to win a Life of Dad prize pack! 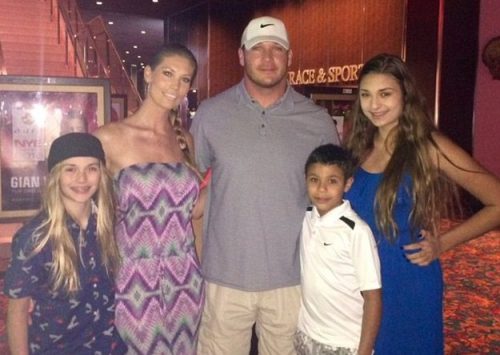 Brian Urlacher and his family.

Brian Urlacher not only played for the Chicago Bears, but he carried on the tradition of the great linebackers before him. He won the NFL Rookie of the Year Award in 2000, elected to eight Pro Bowls, and won the NFL Defensive Player of the Year award in 2005. Since his time in the NFL, Brian has kept himself busy with enjoying time with his family. Brian shares his thoughts on fatherhood. 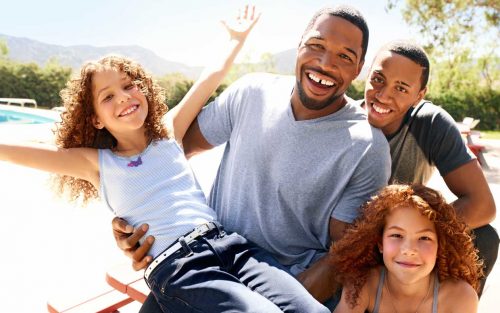 Michael Strahan and his kids.

When you talk to Michael being a Super Bowl Champ, a member of the Pro Football Hall of Fame, and having a fantastic career in the entertainment world doesn’t define him. Strahan wants to be known for being a good person. He wants to teach his kids by example. He wants to instill the values he learned from his parents. Tommy Riles and I had the great pleasure of chatting with Michael about fatherhood. 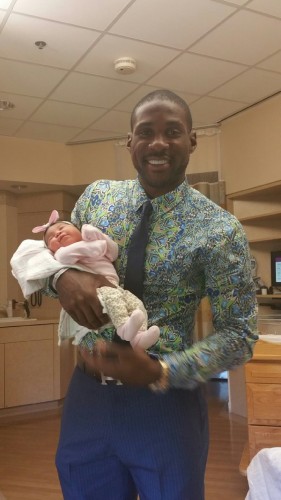 Patrick Peterson and his daughter

Arizona Cardinals cornerback, Patrick Peterson is a 7-time pro bowler and holds the NFL record for most punt return touchdowns in a season. Peterson was drafted fifth overall in the 2011 NFL Draft out of LSU, where he was an All-American. Patrick opens up to me about about fatherhood. Peterson lives in Phoenix with his wife, Antonique, and 3-month-old daughter, Paityn, named after Broncos’ QB Peyton Manning.