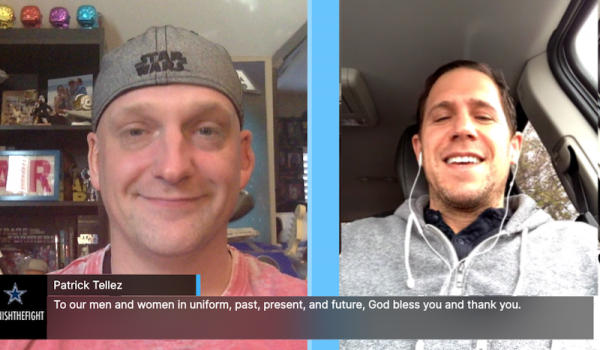 This week are talking about Veteran’s Day and how the Lunch Break hosts, Art Eddy and Jon Finkel teach their kids about the importance of today and how to honor the Veterans.

What some of our viewers said during the show:

Shawn Kingbird ·  Little Brother is a Marine. It is great to have that guidance and advice first hand for our Children.
#RespectToVeterans.

Thomas H. Blue III ·  Thank you for your support, I served 8 years did 2 tours (would still be doing it if it weren’t for an injury) and this is one of the greatest forms of love we receive.

Joshua Carter ·  Pats on the back are cool. But actually we have a day off and want to spend it with our family. Small things are the most best thank you. We volunteer for this. We know what it means but it to means more than anything to know that you as the average civilian makes something worth of there life. Be worth fighting for. That makes our soul happy. Shout out to Rochelle Carter and Raquel Densmore my wife and twin sister. Serving away from home. Also shout out to Tori Moreland my daughter whom serves also. Thank you to you guys this is the difference to the norm. Great job.

Jason Batten ·  I love the way you thank your troops all the time. Need that in England. We owe so much to all the fallen and all that have served and still are. ❤️

Patrick Tellez · To our men and women in uniform, past, present, and future, God bless you and thank you.