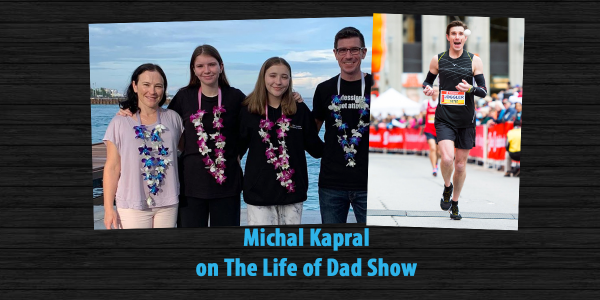 Michal Kapral is this week’s guest on The Life of Dad Show.

Michal Kapral talks with The Life of Dad Show hosts, Art Eddy and Jon Finkel about the joggling and how he started up participating in the sport. He also talks about recording a Guinness World Record. Michal chats with the guys about fatherhood and the values he looks to instill into his kids as they grow up. Then Michal ends the interview with the Life of Dad Quick Five. 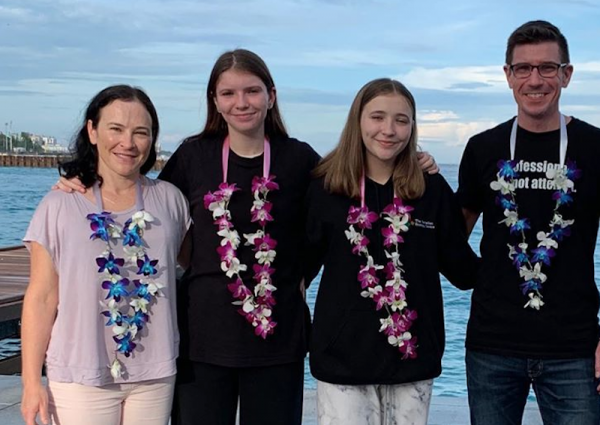 Michal “The Joggler” Kapral runs marathons while juggling, or joggling, as it’s called. Actually, there are a bunch of people who do this, but he is the one who holds the Guinness World Record for the fastest joggling marathon. He has appeared on ESPN, Good Morning America, CNN, ABC, CBS, NPR and dozens of other TV and radio programs, and in the documentary Breaking and Entering, directed by Benjamin Fingerhut.

His joggling marathon record stands at 2:50:12, set at the 2007 Scotiabank Toronto Waterfront Marathon. He has also joggled the whole race while chewing gum, just to prove it to all the people who yelled out to me: “Yeah, but can you chew gum while doing that?!” Yes, he can. In October, 2012, he became the first person to take first place overall in a marathon while juggling, winning the Trapline Marathon in Labrador in 2:59:32. in 2016, He set the unofficial record for fastest joggling marathon without a drop, running and juggling the Chicago Marathon in 2:55:25.